JMA: Enhancement of Rainfall Observation in the Affected Areas in Tohoku Region 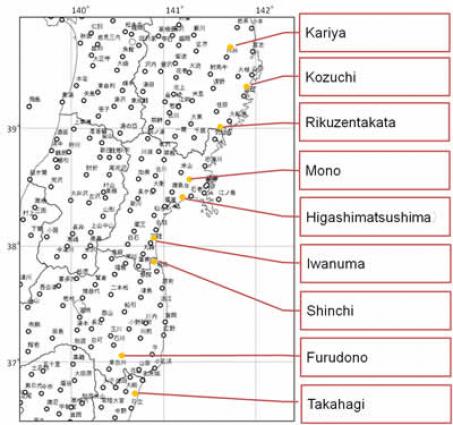 JMA: Enhancement of Rainfall Observation in the Affected Areas in Tohoku Region

The Japan Meteorological Agency (JMA) announced its enhancement of rainfall observations in the affected areas by “The 2011 off the Pacific coast of Tohoku Earthquake”. JMA installed nine ad-hoc rain-gauges equipped with a solar panel and a transmitter at the below sites and started their operations on June 14, 2011. The affected areas, experiencing loosed soils, land subsidence, and physically damaged embankments and drainage facilities due to the quake and tsunami, have become more vulnerable to sediment and flood disasters. The enhanced rainfall observation will enable provisions of more detailed meteorological information to the affected areas in a timely manner.>> More