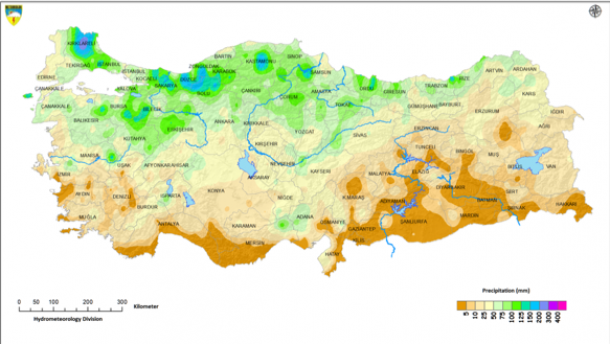 Turkey received 39.5 mm of precipitation during June 2020, which is 28.2% above the 1981-2010 averages (30.8 mm). June precipitation during the last seven years has been above the long-term averages consecutively. The wettest June on records was observed in 2015 with 56.7 mm of precipitation. Marmara and Black-Sea regions experienced unusually wet conditions in this June, which led local flooding in some locations. Marmara Region received precipitation almost twice its long-term average for the month, with the peak observed in Kırklareli province as 139 mm. It was followed by Düzce (137.9 mm) and Zonguldak (109.5 mm) provinces. Considering the major cities of Turkey, amount of total precipitation in June in Istanbul and Izmir were noted with more than 100% increase as compared to their normals while Ankara recorded 66.4% increase above its normal.