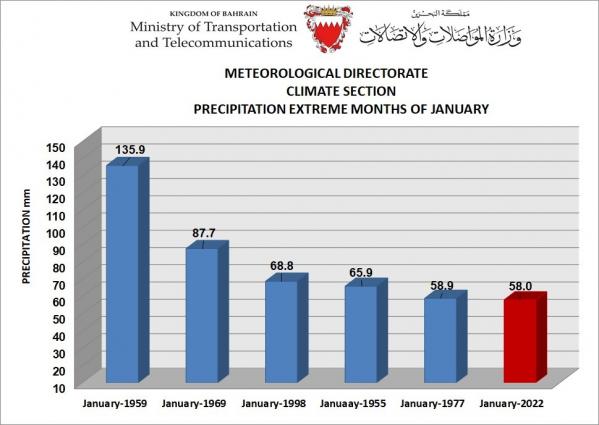 January 2022 was slightly warmer than normal in temperatures and above average precipitation. The month was wet with 6 rainy days, accumulating 58.0 mm of precipitation at Bahrain International Airport and this goes on record as the sixth highest monthly total rainfall for January since 1902. This was approximately three times more than the long-term normal for January which is 18.1 mm. The highest monthly total rainfall recorded was in January 1959 and it was 135.9 mm. Trace amounts of precipitation were also recorded on 16th January 2022 at Bahrain International Airport.