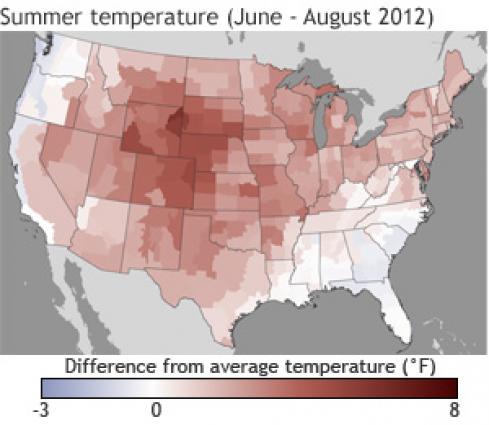 According to NOAA scientists, the average temperature for the contiguous U.S. during August was 74.4°F, 1.6°F above the long-term average, marking the 16th warmest August on record. The warmer-than-average August, in combination with the hottest July and a warmer-than-average June, contributed to the third hottest summer on record since recordkeeping began in 1895.

The August nationally-averaged precipitation total of 2.59 inches was near the long-term average. The Southwest and Southeast were wetter than average and the Northwest and the Northern Plains were drier than average. As of August 28th, according to the U.S. Drought Monitor, nearly 63 percent of the contiguous U.S. continued to experience drought conditions.