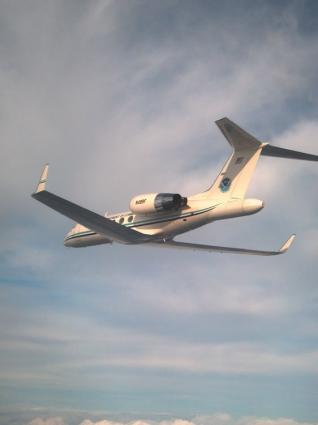 Scientists aboard NOAA’s twin-engine Gulfstream IV-SP aircraft, typically used to study hurricanes, will measure wind speed and direction, pressure, temperature and humidity in areas of the Pacific where North American storms breed and where taking measurements is difficult and data is sparse. NOAA will fly out of Hickam Air Force Base in Honolulu, where the aircraft will be based through February. The aircraft will reposition to Anchorage, Alaska in March before returning to its home base in Tampa, Fla.

Data from the flights will be monitored by meteorologists aboard the aircraft and relayed as it is collected to NOAA National Weather Service forecasters on the ground, who will use the data in real time to improve forecasts of potentially extreme winter weather events across the entire country and extend those forecasts into the three- to seven-day ranges. >> More