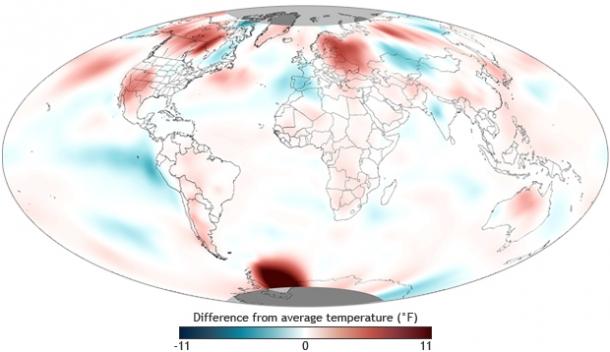 In June 2013, many areas of the world experienced higher-than-average monthly temperatures. According to the latest statistics from NOAA’s National Climatic Data Center, the globally averaged temperature for the month tied with 2006 as the fifth warmest June since record keeping began in 1880. It also marked the 37th consecutive June and 340th consecutive month—that’s a total of more than 28 years—with a global temperature above the 20th-century average. The last below-average June temperature was June 1976 and the last below-average temperature for any month was February 1985.