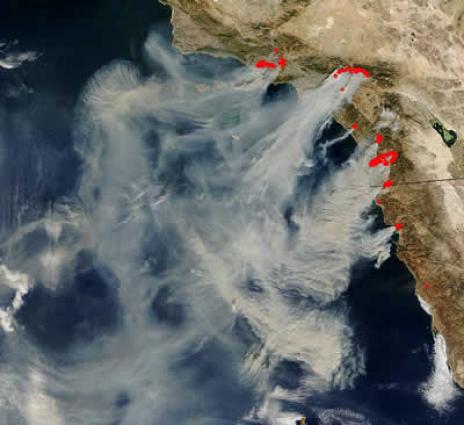 The Wallow Fire, in eastern Arizona, has burned 389,000acres in parts of the Apache National Forest and is now the second largest wildfire in the history of the state. More than 5,000 people total have been evacuated. The fire is 0% contained. The fire has produced dense plumes of smoke visible from space and thick enough to reduce visibility to less than a mile in some places. The fire has also begun to threaten neighboring New Mexico and spillover smoke and disrupted flights and prompted an air quality alert on the other side of the border