The North Eurаsian Climate Center (NEACC) held the 21th session of the North Eurasian Climate Outlook Forum (NEACOF-21) in Moscow from 22 to 26 November 2021 as a part of the International Young Scientists School and the Сonference on Computational Information Technologies for Environmental Sciences in commemoration of RAS (Russian Academy of Sciences) Corresponding Member Vasily Lykosov. Participation in the event also was available via Internet resources.

The NEACOF-21 was attended by experts of NHMSs of CIS (Commonwealth of Independent countries) and other countries, scientists of research institutes, as well as teachers, graduate students and students of higher educational institutions with a specialization in meteorology and climatology. In total, about 70 participants were registered.

During NEACOF-21 an overview on the scientific and operational activities of NEACC in 2021 and the assessment of the consensus forecast for summer-2021 were presented. Results of monitoring of stratospheric and tropospheric circulation during the summer-2021 season were discussed; climate monitoring and seasonal forecasts from lead forecast centers were presented. After comprehensive discussions among experts a consensus forecast in probabilistic form for surface air temperature and precipitation for the upcoming winter of 2021/2022 was issued. 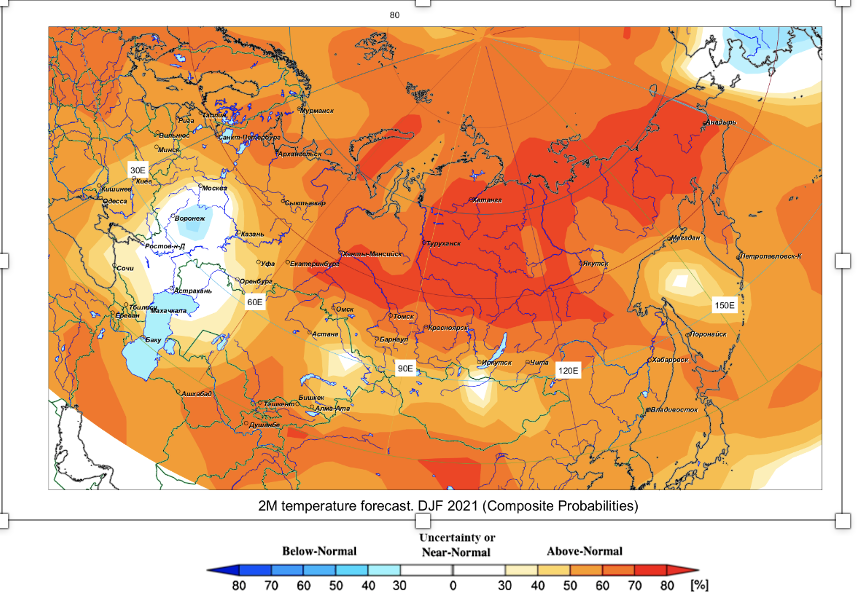 Above normal precipitation is expected in Belarus, western Ukraine, Moldova, the northern half of the European Russia, the Urals, western Siberia and northern Kazakhstan with probability of 50-60% (fig.2). A deficit of precipitation with a probability of 45-55 % is possible in eastern Ukraine, Crimea, Krasnodar Krai, and in Transcaucasia. An excessive precipitation is predicted (with probability up to 50 %) in the central and eastern regions of Yakutia and in the Far East region. Dry winter conditions are expected in eastern Chukotka (45-60%). In Central Asia, except northern districts of Kazakhstan, forecast has an uncertainty. In some parts of southern Central Asia below normal precipitation has a non-significant probability. 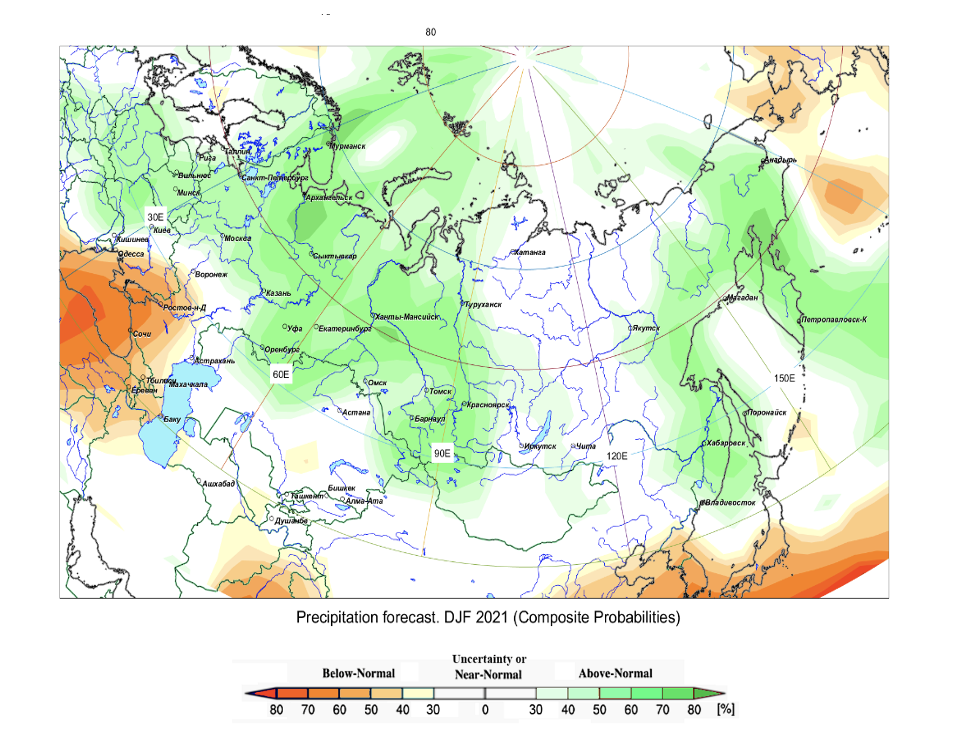