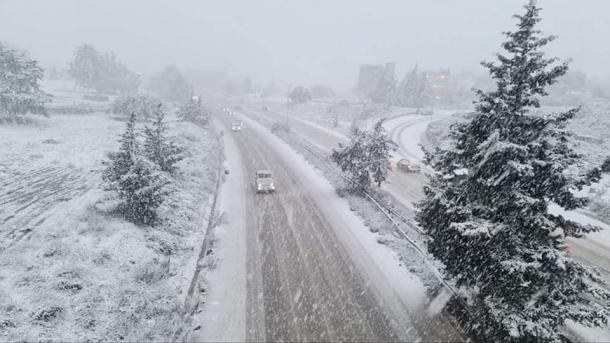 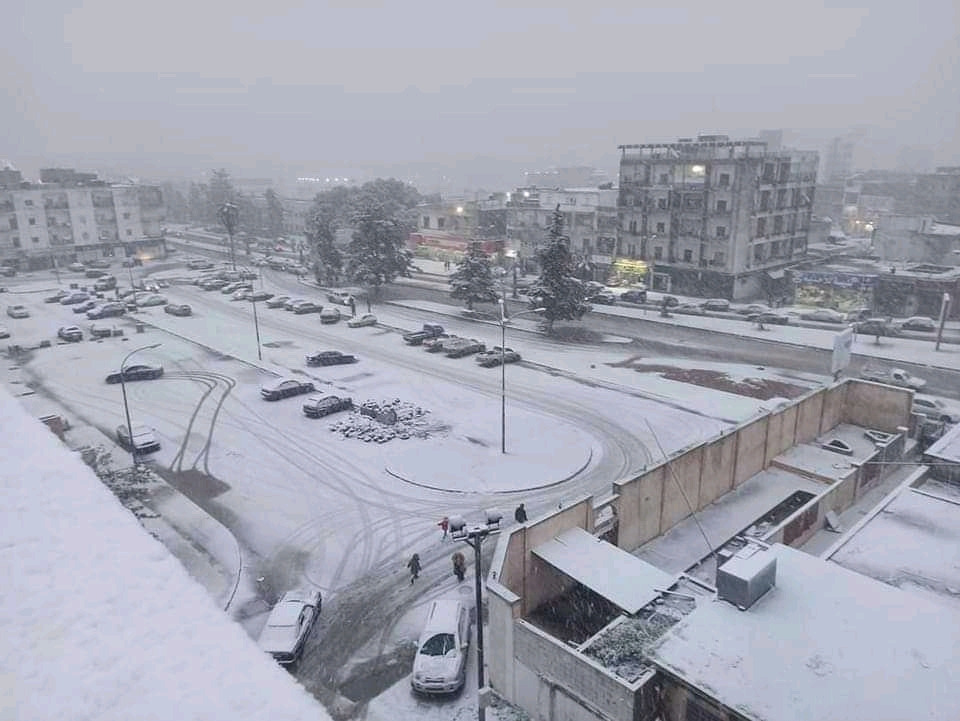 The northern regions of Libya were affected on Tuesday 25 / 1 / 2022 by a cold air mass centered on the northeastern regions, which witnessed rainfall ranging from 21 - 37 mm, and heavy snowfall between 10 - 20 cm continued since Tuesday. The snow blanketed Al-Jabal Al-Akhdar regions of Sidi AlHamri - Al-Faydiya - Shahat - Al-Bayda - Qandula - Belqes. Some roads were closed due to the accumulation of snow, and a thunderbolt caused a gym in Shahat to burn. The National Meteorological Centre (NMC) issued and disseminated an early warning to the public sectors and via the media 48 hours before the occurrence of this extreme urging them to take more care and caution.