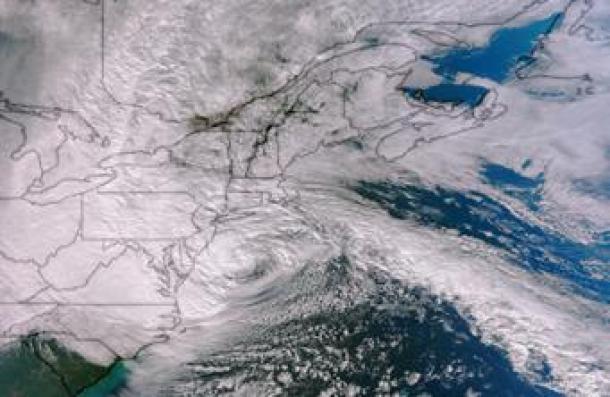 Today, NOAA released preliminary information on extreme weather and climate events in the U.S. for 2012 that are known to have reached the $1 billion threshold in losses. As of December 20, NOAA estimates that the nation experienced 11 such events, to include seven severe weather/tornado events, two tropical storm/hurricane events, and the yearlong drought and associated wildfires.

These eleven events combined are believed to have caused 349 deaths, with the most significant losses of life occurring during Sandy (131) and the summer-long heat wave and associated drought, which caused over 123 direct deaths (though an estimate of the excess mortality due to heat stress is still unknown). >> More