Rosyhdromet: The International Antarctic Circumnavigation Expedition gets to work 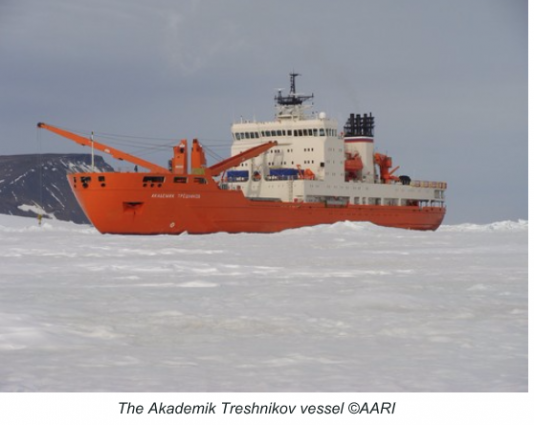 Rosyhdromet: The International Antarctic Circumnavigation Expedition gets to work

The ship leaves on its eighth trip in the composition of the 62nd RAE in frame of the ACE program, which is an unprecedented by scale international round-the-world Antarctic expedition with visiting all the major islands of the sub Antarctic region. The main phase of the expedition will begin on December 20 from the seaport of Capetown and will last about three months.

The overall mission concept was developed jointly by the AARI Director corresponding member of RAS Ivan Frolov and Fredrik Paulsen, the famous Swiss polar explorer and traveler. Mr. Paulsen is a successful businessperson and philanthropist, organizer of many polar expeditions, the member of the Association of Polar Explorers of Russia and of the Board of Trustees of the Russian Geographical Society, the honorary Consul of the Russian Federation in Lausanne.

To implement such a large project the technical Committee was formed. It includes representatives of organizations responsible for Antarctic programs of Australia, UK, France, and South Africa – countries, in which island territories the studies on the route of the ACE will be carried out. The Committee includes also the representatives of the AARI and the Swiss Polar Institute, newly created in the spring 2016 at the Federal Polytechnic School of Lausanne (EPFL), which serves as coordinator of the ACE.

The scientific program of the expedition was formed during the course of the open international competition projects by the jury composed of the 12 independent experts. At the end, 22 research projects were selected. Russia is presented by a research project under the guidance of a leading researcher of AARI Dmitry Bolshyianov.

Detailed information about the plans of the expedition is posted at:

Information about the expeditions ACE is also available on the website of the Federal Polytechnic school of Lausanne http://actu.epfl.ch/news/newly-created-swiss-polar-institute-to-launch-an-a/