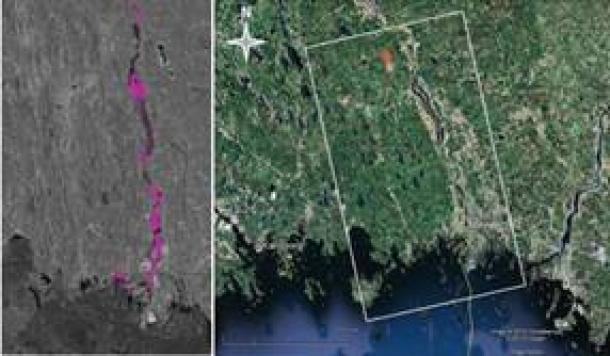 SMHI has used high-resolution satellite images for the first time to monitor ice break-up in Torne River, one of Sweden’s largest unregulated rivers.

The CryoLand research project has developed a method of identifying ice jams in the Torne River and flooded areas around the river using high-resolution satellite images.

“Radar satellite images with a resolution of 1-3 metres can be used to distinguish between water and ice. They provide a good picture of where Torne River has open water and where it is covered in ice. If ice jams are formed during the ice break-up they can be seen, along with their size and how large an area is affected,” says David Gustafsson, a hydrology scientist at SMHI. >> More