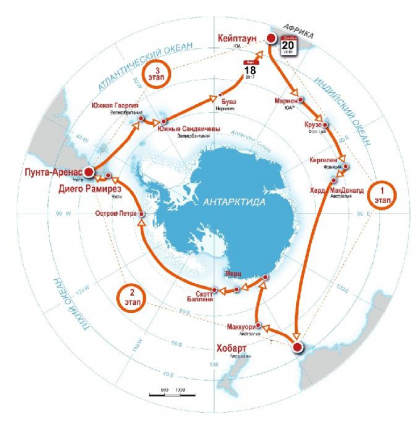 January 22, the research vessel Akademik Treshnikov left the Australian port of Hobart. The second phase of the International Antarctic Circumnavigation Expedition (ACE), held in the framework of the 62th season of the Russian Antarctic expedition (RAE), started.

January 22, the research vessel Akademik Treshnikov left the Australian port of Hobart. The second phase of the International Antarctic Circumnavigation Expedition (ACE), held in the framework of the 62th season of the Russian Antarctic expedition (RAE), started. The international team of scientists conducting research for 22 scientific projects are working onboard the Akademik Treshnikov. Seven of them are landing on the Islands along the route of the expedition ACE. There will be held paleogeographic, glaciological studies, biodiversity, sampling of sediments, water, air and ice for analysis in laboratories. Russia in these works is presented by the research project "Evolution of Ecosystems of the Subantarctic Islands and Their Current Status".

During the second stage of the expedition the ACE research will be conducted in the area covered by the Antarctic Treaty and the Protocol on environmental protection to him, i.e., to the South of the 60°S. The permission of Roshydromet on implementation of activities in the Antarctic, according to the established in the Russian Federation procedure, was received for scientific research on the Islands located in the area. This permit is based on the assessment of the impact on the environment in conducting research during the ACE expedition.

In the second phase of ACE Baleni, Scott, Peter and Diego Ramirez Islands will be visited, and research in the area lead the Mertz glacier will be carried out. These areas, with the exception of Diego Ramirez island, are situated in the area of the Antarctic Treaty. It was planned to carry out a landing on subantarctic island of Macquarie, but, unfortunately, the Australian authorities had not issued the necessary permits, although the scientists of this state actively take part in this expedition.

On 29 January the group of scientists was taken by helicopter to the ice sheet at the base of the Mertz glacier tongue, where they completed drilling and extracted snow-ice cores to up a depth of 20 m. On January 30 the members of the expedition, including two Russian researchers, were taken by two helicopters to Cape Denison. Unfortunately, the sharply increased wind demanded the immediate return of the group on the ship. So, the geomorphological and paleogeographic work of Russian specialists was limited to 15-20 minutes. Further research in the area of the Mertz glacier is scheduled until 2 of February, and includes (if weather conditions are reasonable for the work): 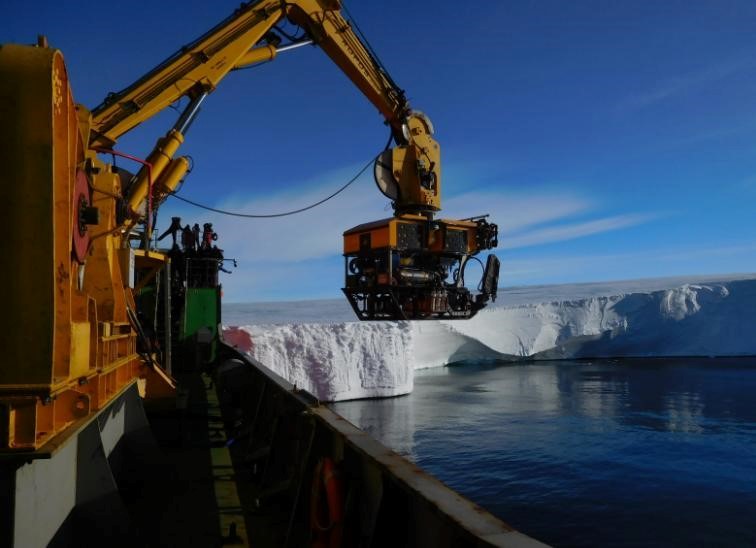 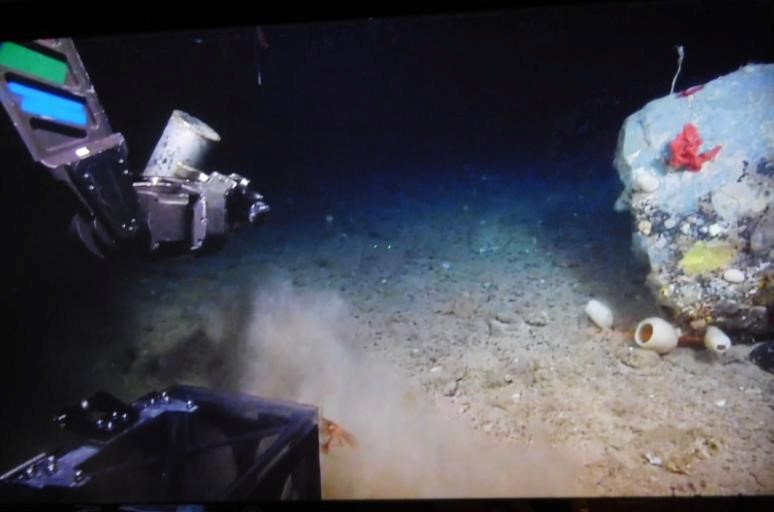