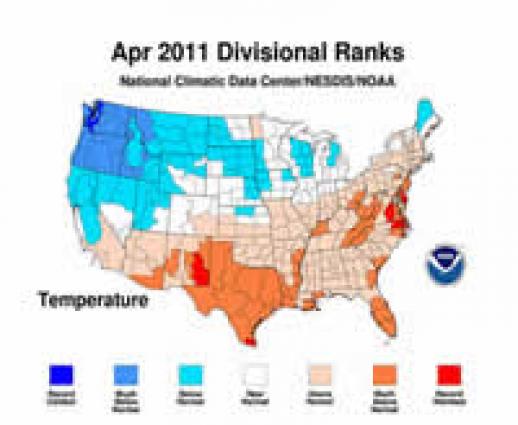 The average U.S. temperature in April was 52.9 degrees F, which is 0.9 degrees F above the long-term (1901-2000) average. April precipitation was 0.7 inches above the long-term average, the 10th wettest April on record. This monthly analysis, based on records dating back to 1895, is part of the suite of climate services NOAA provides.>> Press release