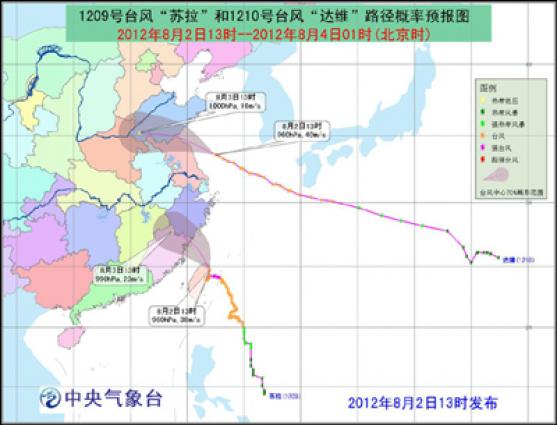 "Damrey" is rapidly developing and its intensity is stronger than "Saola". Currently, "Damrey" is approaching the coastal area of Jiangsu and Shandong and is forecasted to land in the coastal area between Yancheng, Shandong to Qingdao, Shandong in the night of August 2. When "Damrey" lands, the maximum wind force around its center will be scale 13 (35 to 40 m/s). >> More