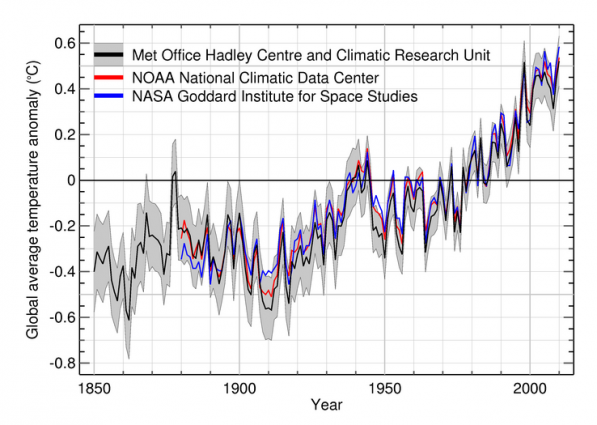 The year 2010 is almost certain to rank in the top three warmest years since the beginning of instrumental climate records in 1850. And 2001-2010 is the warmest ten-year period on record, according to data compiled by the World Meteorological Organization.

January-October temperatures were the highest on record, just ahead of the same period in 1998 and 2005. The final ranking of 2010 as a whole will not become clear until November and December data are available in early 2011.