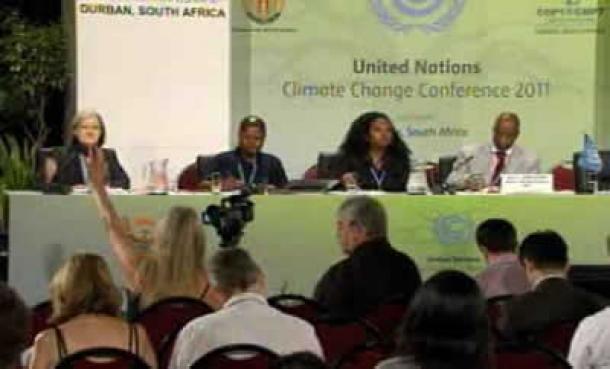 Global temperatures in 2011 are currently the tenth highest on record and are higher than any previous year with a La Niña event, which has a relative cooling influence. The 13 warmest years have all occurred in the 15 years since 1997. The extent of Arctic sea ice in 2011 was the second lowest on record, and its volume was the lowest.

These are some of the highlights of the provisional annual World Meteorological Organization Statement on the Status of the Global Climate, which gives a global temperature assessment and a snapshot of weather and climate events around the world in 2011. It was released today at the international climate conference in Durban, South Africa.

“Our role is to provide the scientific knowledge to inform action by decision makers,” said WMO Secretary-General Michel Jarraud. “Our science is solid and it proves unequivocally that the world is warming and that this warming is due to human activities,” he said.