2023 is Off to a Warm Start, Breaking Records Across Europe 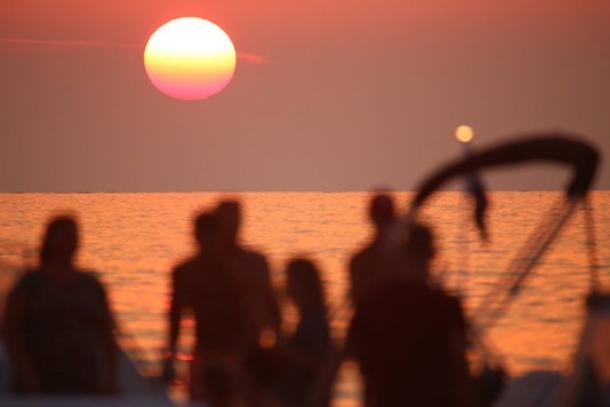 2023 is Off to a Warm Start, Breaking Records Across Europe

A high-pressure zone over the Mediterranean region and an Atlantic low-pressure system  induced a strong south-west flux that brought warm air from north-western Africa to middle latitudes. The air was further warmed when passing the North Atlantic due to a higher-than-normal sea surface temperature. In the eastern North Atlantic, sea surface temperature was 1–2 °C higher than normal, near the coasts of Iberia even more. All this caused record-breaking heat in several European countries on New Year's Eve and New Year's Day.

Temperatures above 20 °C were observed in many European countries, even in Central Europe. Some national and many local temperature records for December and January were broken in several countries from Spain to eastern parts of Europe. 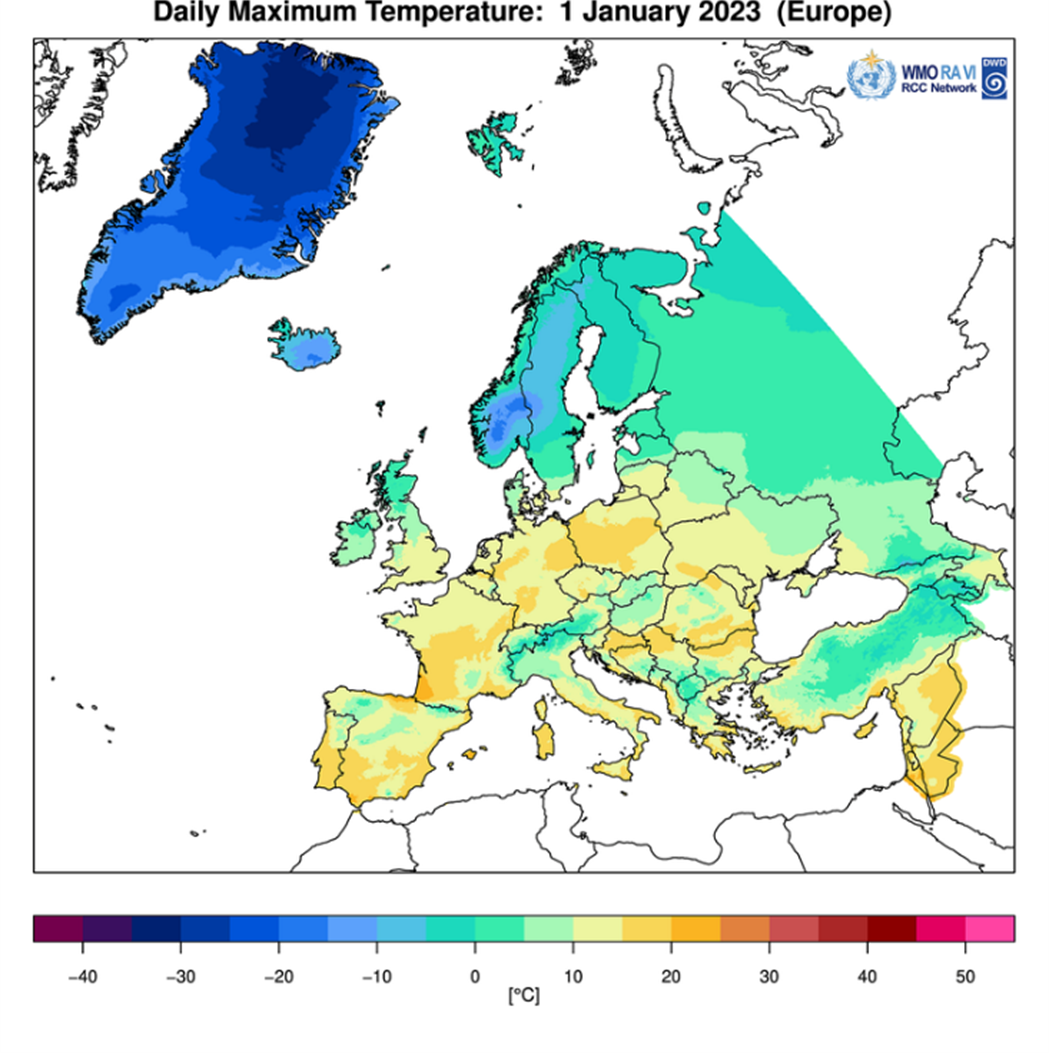 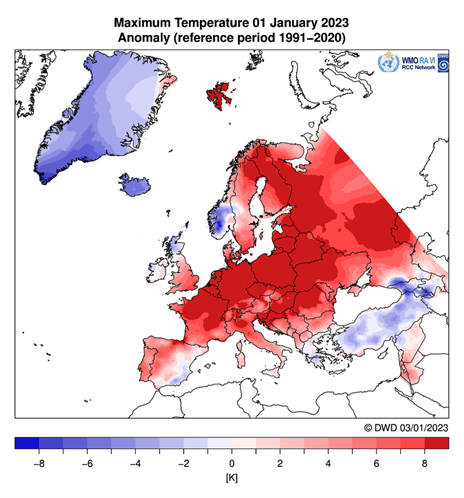 Hundreds of weather stations across Europe had their all-time highest daily temperature for the months of December or January. Some relevant records are included next (previous records for all December and January months in brackets).

This happens while some European National Meteorological and Hydrological Services (NMHS), including AEMET (Spain), Meteo France (France), Deutscher Wetterdienst (Germany), and Met Office (United Kingdom) are announcing 2022 as the warmest year ever in their respective countries.

Recently the IPCC stated that in Europe:

Two months ago, WMO released the 2021 Europe State of the Climate Report stating that temperatures over Europe have warmed significantly over the 1991-2021 period, at an average rate of about +0.5 °C per decade, the highest of any continent in the world and more than twice the global average. And despite La Niña conditions keeping global temperature low for the second consecutive year, 2022 is still likely to be 5th or 6th warmest year on record globally.