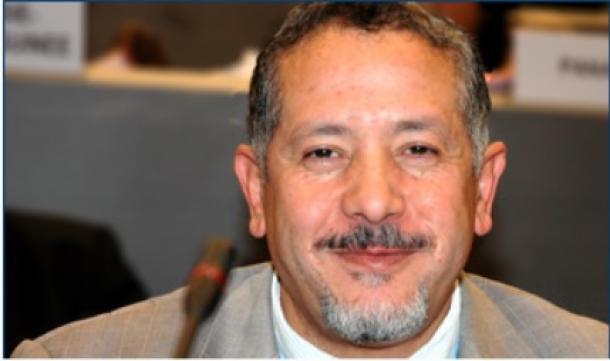 The appointment of Mr Abdalah Mokssit as Secretary of the WMO/UNEP Intergovernmental Panel on Climate Change (IPCC) has been announced at the 43rd Session of the IPCC, which is taking place in Nairobi this week.

"Mr Mokssit has a long experience with the IPCC and WMO and at the national level," said WMO Secretary-General Petteri Taalas. "At WMO he has contributed significantly to several key climate and weather activities. Under his leadership, the National Meteorological  Service of Morocco has become one of the leading meteorological agencies in Africa, meeting high international standards. I have had the pleasure of collaborating with him for more than a decade. He has special organizational and diplomatic skills; these will be needed to engage more developing country experts and governments in the work of the IPCC. I am convinced that Abdalah Mokssit will be a very useful asset for the IPCC in this regard."

Mr Mokksit is Director of the National Meteorological Service of Morocco and was previously Vice-chair of the Intergovernmental Panel on Climate Change’s Working Group I, which assesses the physical scientific aspects of the climate system and climate change. He was re-elected for a second term as WMO Third Vice-President by the World Meteorological Congress last year, and he is a prominent member of several WMO commissions including the Commission on Climatology and the Commission for Basic Systems.

Mr Mokksit has been active in international cooperation with regional and international centres such as the European Centre for Medium-Range Weather Forecasts and the Aladin Consortium, a European group of countries working on numerical weather prediction. At the National Meteorological Service of Morocco, he has focused on upgrading forecasting, from nowcasting to long-range forecasting; improving warning and crisis management for extreme events; and generating regional models of climate change scenarios, climate change sector impact studies and services for end users. He is also a member of the National Economic and Social Council of Morocco.

The current IPCC Session is also considering the Panel’s work programme for the next 5-7 years,  including the schedule for the Sixth Assessment Report and the Special Reports that will be undertaken during this cycle.

The conclusions of the meeting will be announced on 14 April.

Also available in French and Spanish