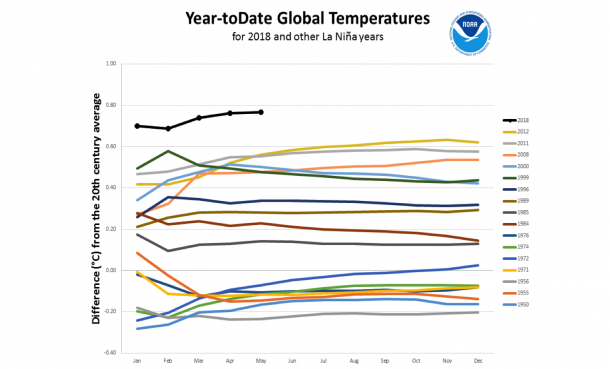 Global temperatures for the first five months of the year have been the highest on record for a La Niña year, according to the US National Oceanic and Atmospheric Administration. May 2018 was the fourth warmest May on record, the 42nd consecutive May and the 401st consecutive month above the 20th century average. 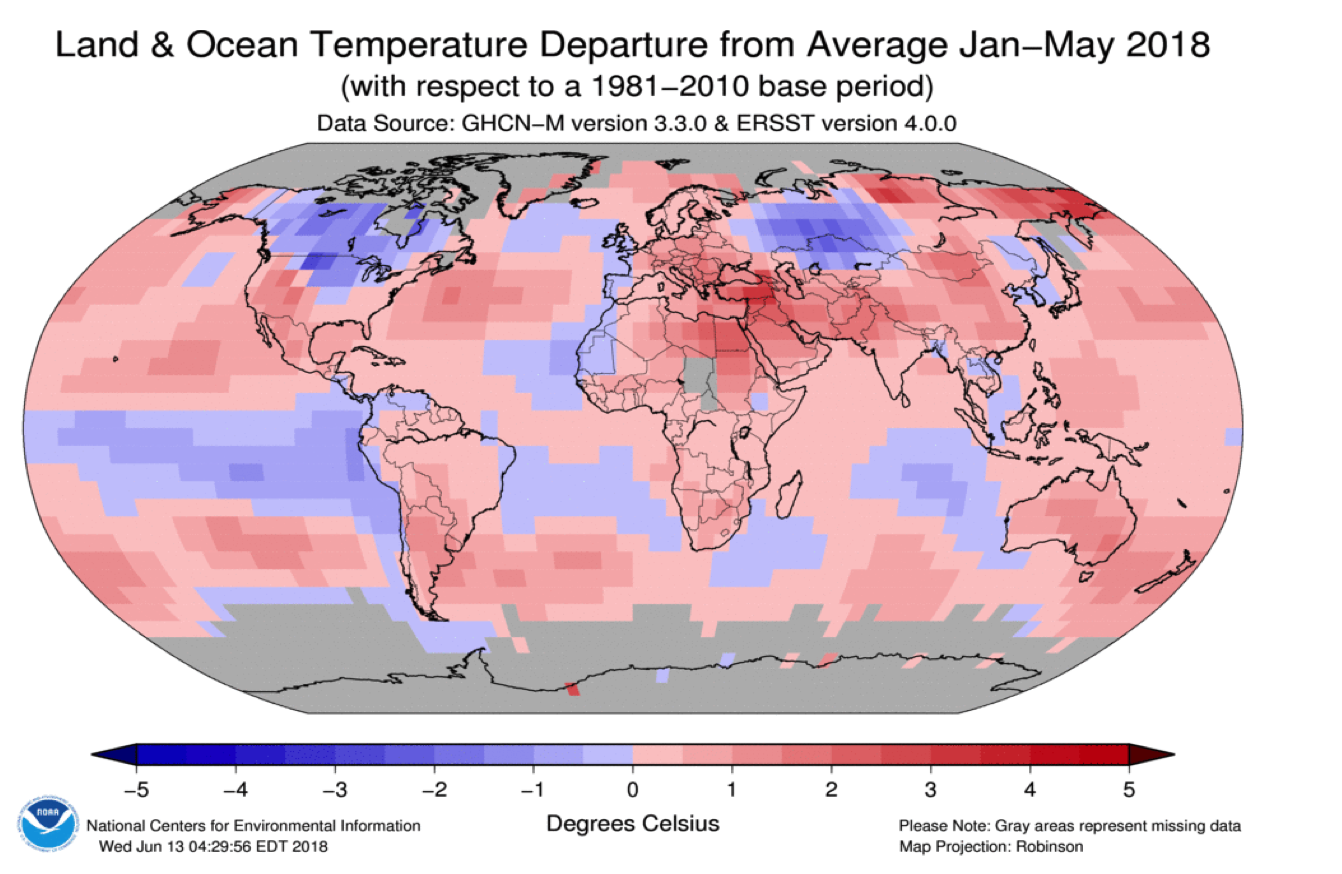 NASA, which uses a slightly different analysis, also found that May was the fourth warmest May on record, whilst the European Centre for Medium Range Weather Forecasting Copernicus Climate Change Service ranked it as third.

Record warmth was observed across parts of North America., Europe and Asia as well as the Atlantic, Pacific and Indian Oceans. Record cold May temperatures were limited to northeastern Canada and the northern Atlantic Ocean, off the southern coast of Greenland.

Rankings of individual months – or even years – are less important than the long term warming trend as a result of record high concentrations of greenhouse gases in the atmosphere. 2017 was the third warmest year on record and the warmest with an El Niño event. The year 2018 started with a weak La Niña – which tends to have a cooling effect. 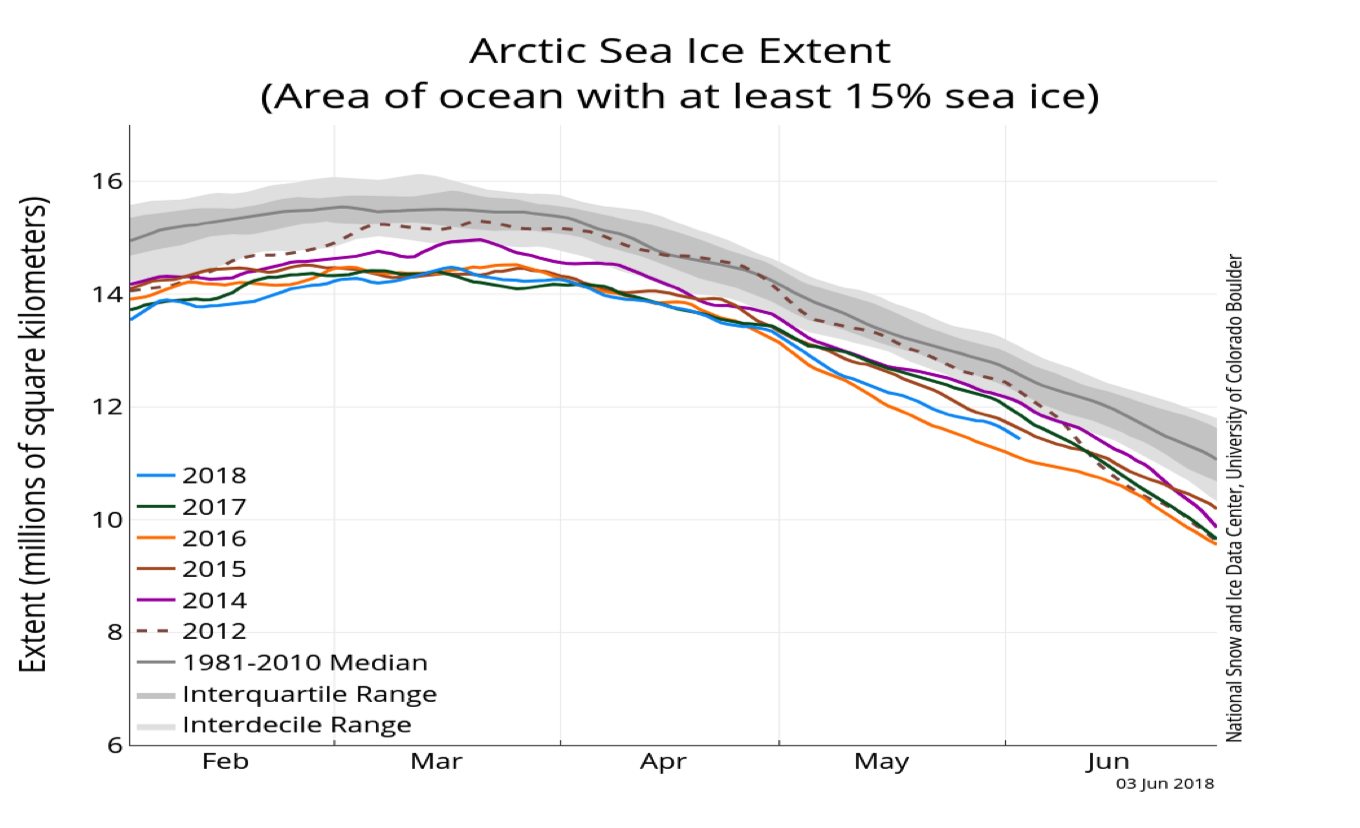 The May average Arctic sea ice extent was the second smallest after 2016 in the 40-year record, 8.1 percent below the 1981-2010 average, according to an analysis by the U.S. National Snow and Ice Data Center. This was mostly due to much-below-average sea ice in the Bering and Chukchi Seas.

Antarctic sea ice extent during May was the third smallest May extent on record, 8.6 percent below the 1981-2010 average.

Ice losses from Antarctica have tripled since 2012, increasing global sea levels by 0.12 inch (3 millimeters) in that timeframe alone, according to a major new international climate assessment funded by NASA and ESA (European Space Agency).

According to the study, ice losses from Antarctica are causing sea levels to rise faster today than at any time in the past 25 years. Results of the Ice Sheet Mass Balance Inter-comparison Exercise (IMBIE) were published in the journal Nature.

“Antarctica’s potential contribution to global sea level rise from its land-held ice is almost 7.5 times greater than all other sources of land-held ice in the world combined. The continent stores enough frozen water to raise global sea levels by 190 feet (58 meters), if it were to melt entirely. Knowing how much ice it’s losing is key to understanding the impacts of climate change now and its pace in the future,” according to NASA. 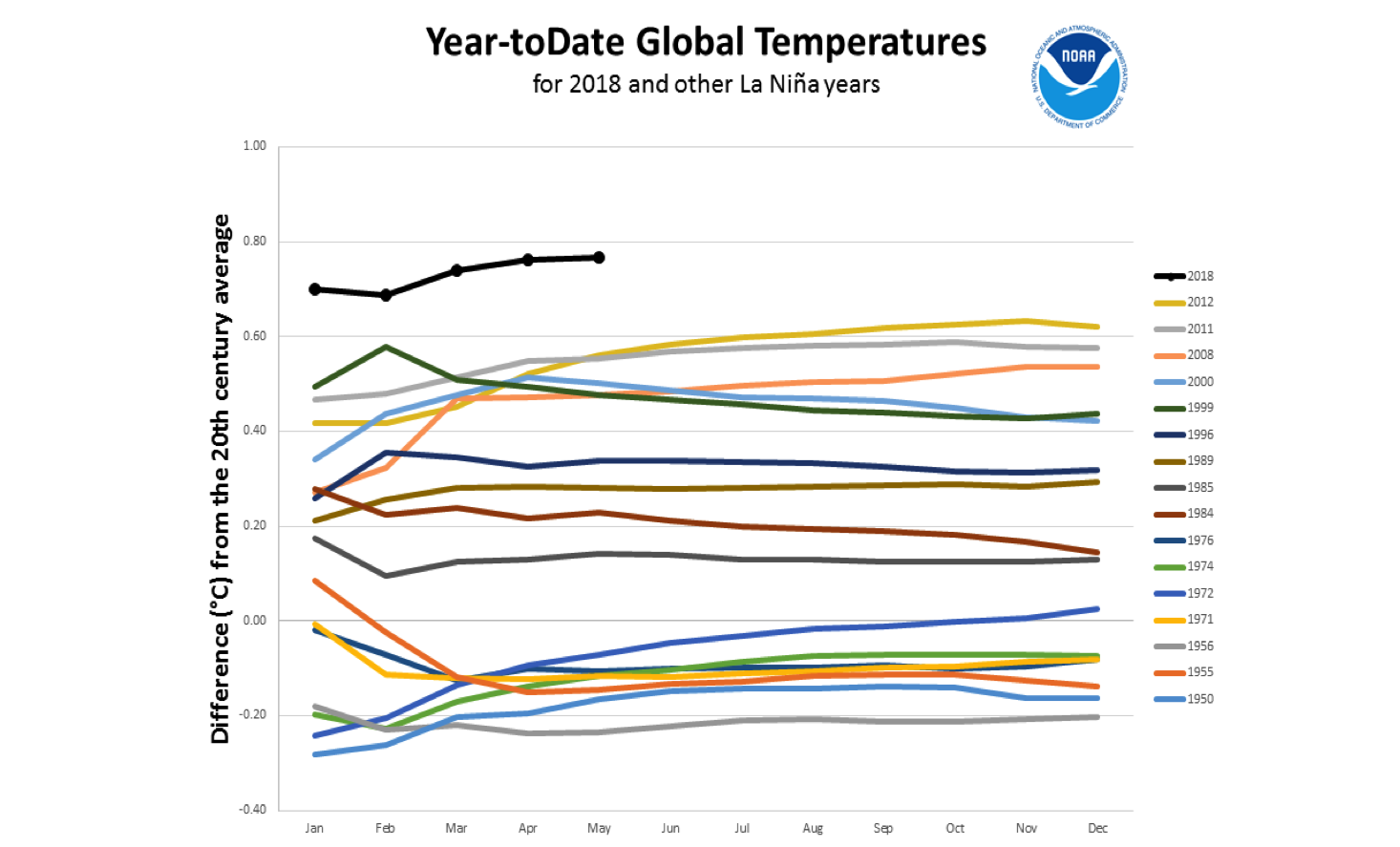 In addition to long-term climate change indicators, high-impact weather events continued unabated in the first five months of the year.

The start of the South Asian monsoon season has brought unusually heavy rainfall to Bangladesh, adding to the misery of hundreds of thousands of refugees. Floods and have affected hundreds of thousands of people and killed dozens in East Africa. Rare tropical cyclones hit Somalia, Djibouti, Yemen and Oman. Sand and dust storms in India have killed several hundred people whilst Pakistan has suffered successive heatwaves.

Unusually high temperatures and lack of rainfall have combined to pose a risk of wildfires in Scandinavia and the Baltic region, whilst other parts of Europe such as France have seen new daily rainfall records this month.

The Caribbean is preparing for yet another hurricane season, whilst still trying to recover from the 2017 devastating season, which was the costliest on record.