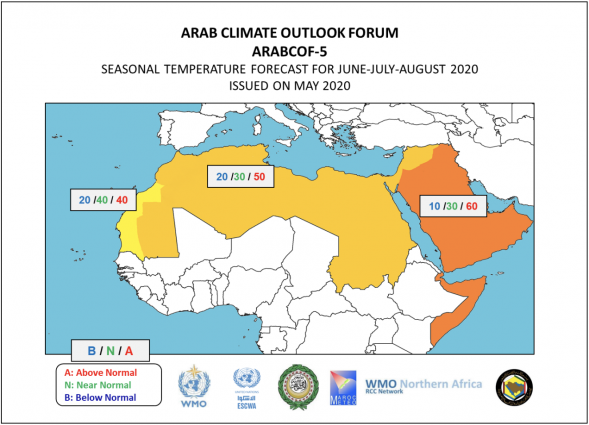 Total precipitation is expected to be above normal over southern Arabian Peninsula (Southwestern and along the southern parts of Saudi Arabia, Yemen, Oman, UAE, Bahrain and Qatar) and over eastern Africa (Djibouti and Somalia). No special scenario is given for the remaining part of the region. 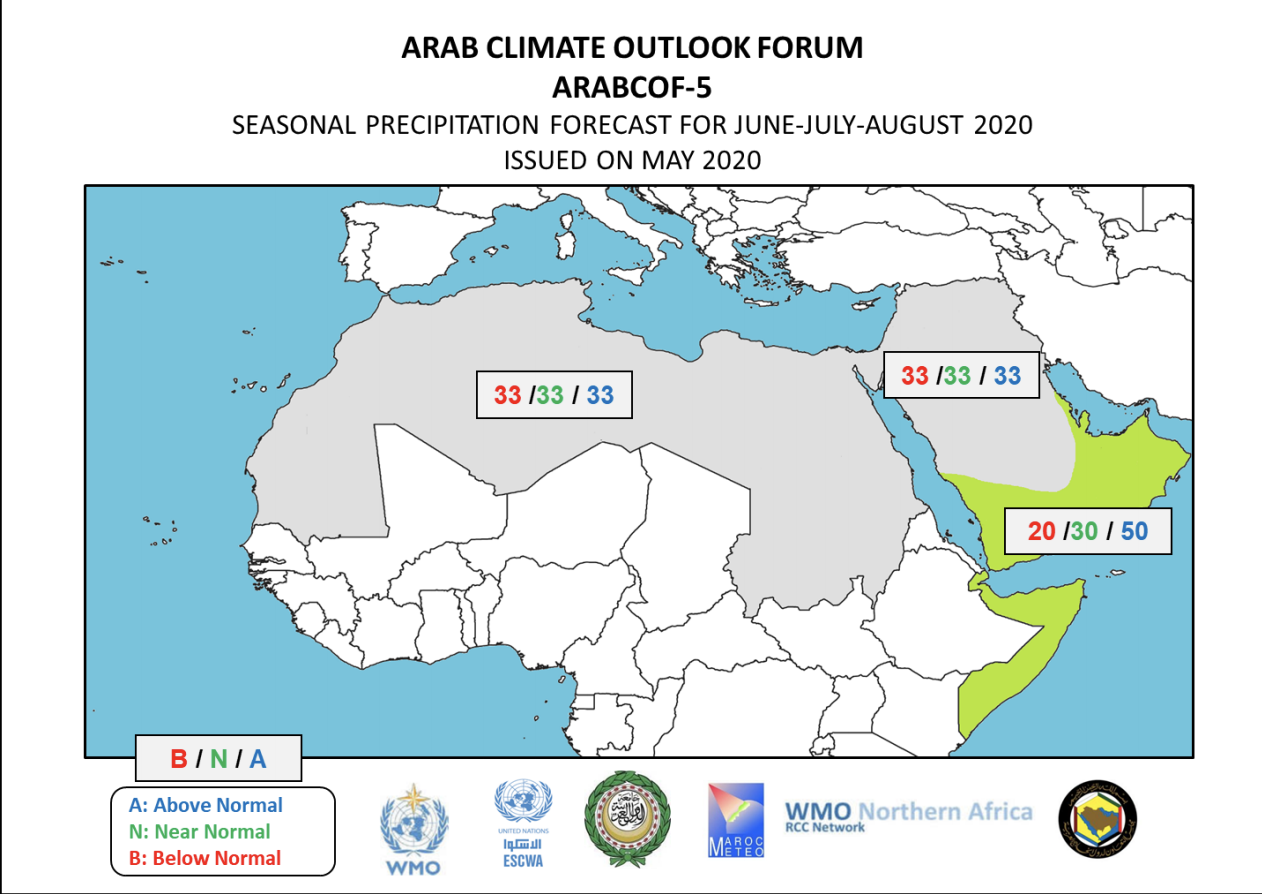 This is according to seasonal forecast for June-July-August produced by the Arab Climate Outlook Forum (ArabCOF). It is based on known teleconnections of large and regional patterns as well as on dynamical and statistical models’ outputs.

The virtual session of ArabCOF took place on 3 June. The forum operates as an overarching entity in support of the sub-regional Gulf Cooperation Council Climate Outlook Forum and PRESANORD (North Africa). It focuses on the large-scale forces, such as the El Niño–Southern Oscillation and Indian Ocean Dipole.