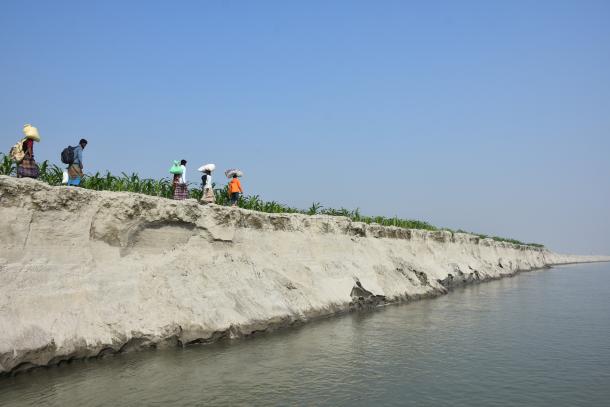 The Adaptation Fund has re-accredited WMO as a Multilateral Implementing Entity, allowing WMO to propose adaptation projects to build resilience in countries most vulnerable to climate change and extreme weather impacts.

WMO is implementing several projects with funding from the Adaptation Fund.

Enhancing Adaptive Capacity of Andean Communities through Climate Services (ENANDES), which aims to increase the resilience and adaptive capacity to climate variability and change of highly vulnerable communities living in the Andes.

The project seeks to enhance the capacity of communities in Chile, Colombia, and Peru to adapt to a varying and changing climate. This will be done by producing, communicating, and assessing the use of credible and authoritative information as the scientific evidence for decision-and policy making on disaster preparedness.

ENANDES will also build human and infrastructure capacity, while seeking to overcome institutional, technological and cultural barriers through increased coordination.

Agricultural Climate Resilience Enhancement Initiative (ACREI) The goal of the project is to develop and implement adaptation strategies and measures that will strengthen the resilience of vulnerable smallholder farmers, agro-pastoralists and pastoralists in the Horn of Africa. The target countries are Ethiopia, Kenya and Uganda.

ACREI was the first regional project to be approved by the Adaptation Fund in 2017.

The majority of its 29 million inhabitants live below the poverty line, with four of the six ranked among the UN’s list of least developed countries, and livelihoods are highly dependent on agriculture, which is vulnerable to regular extreme meteorological and hydrological events.

Through the grant from the Adaptation Fund, the WMO, alongside the Volta Basin Authority and Global Water Partnership West Africa, is seeking to improve existing flood and drought management strategies and plans at the regional, national and local level.

Lake Chad Basin. WMO is also working with partners to prepare a project to establish hydrological monitoring and early warning system (EWS) for sustainable and fair water management and against water-related disaster risks like floods and drought in the Lake Chad basin. It seeks to improve water resource management for better climate resilience in the basin, which is severely affected by climate change.

UN Secretary-General António Guterres has called for 50% of the total share of climate finance to be spent on building resilience and adapting to the effects of a warming world.

It also urged developed countries to significantly scale up their provision of climate finance, technology transfer and capacity-building for adaptation.

Early warnings systems and services are a powerful way to adapt to climate change both in  terms of saving lives and socio-economic benefits.

Yet one in three people globally is still not covered. UN Secretary-General António Guterres has tasked the World Meteorological Organization (WMO) to lead the effort and present an action plan to ensure that within the next five years, everyone on Earth should be protected by early warning systems against increasingly extreme weather and climate change.

Early Warning Systems provide more than a tenfold return on investment. Spending US$ 800 million on such systems in developing countries would avoid losses of US$ 3– US$ 16 billion per year. And yet, despite these known great benefits, one in three people globally is still not covered by early warning services – that proportion is almost twice as high in Africa. Vulnerable people are disproportionately affected, WMO Secretary-General Prof. Petteri Taalas told the ceremony.

Following on from Mr Guterres’ announcement, WMO will convene key agencies, countries and groups already active in the field of Hydromet and Risk Informed Early Warning capacity development to build on the excellent existing efforts and create a global plan by the UN Climate Change Conference, COP27, in Egypt in November.