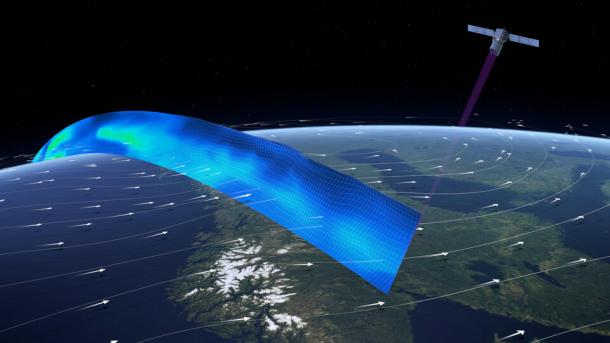 New information about Earth’s winds from the Aeolus satellite are now being distributed publicly in a major advance for weather forecasting and scientific monitoring of the atmosphere.

EUMETSAT on 12 May started to make observations about the vertical distribution of wind available to national meteorological services for use in weather forecasting.

These observations are from the first Doppler LIDAR (light detection and ranging) instrument in space aboard Aeolus, a European Space Agency (ESA) Earth Explorer satellite launched in August 2018 and named after Aeolus, who in Greek mythology was appointed ‘keeper of the winds’ by the Gods.

EUMETSAT agreed with ESA to redistribute Aeolus near-real-time wind products (within three hours) to European national weather services and other users of its EUMETCast data broadcast system and to the worldwide meteorological community via WMO’s Global Telecommunication System.

“Aeolus will provide the first vertically resolved wind measurements from space - something WMO has had at the top of its list of unmet observational requirements for more than 20 years,” said Lars Peter Riishojgaard, Director, Earth System Branch in WMO’s Infrastructure Department.

“The lack of global coverage of wind observations limits our understanding and prediction of weather and climate. Aeolus data will provide insight into how the wind influences the exchange of heat and moisture between Earth’s surface and the atmosphere – important aspects for understanding climate change,” said Mr Riishojgaard, who was a member of the Aeolus Mission Advisory Group, an expert body providing independent scientific advice to ESA. 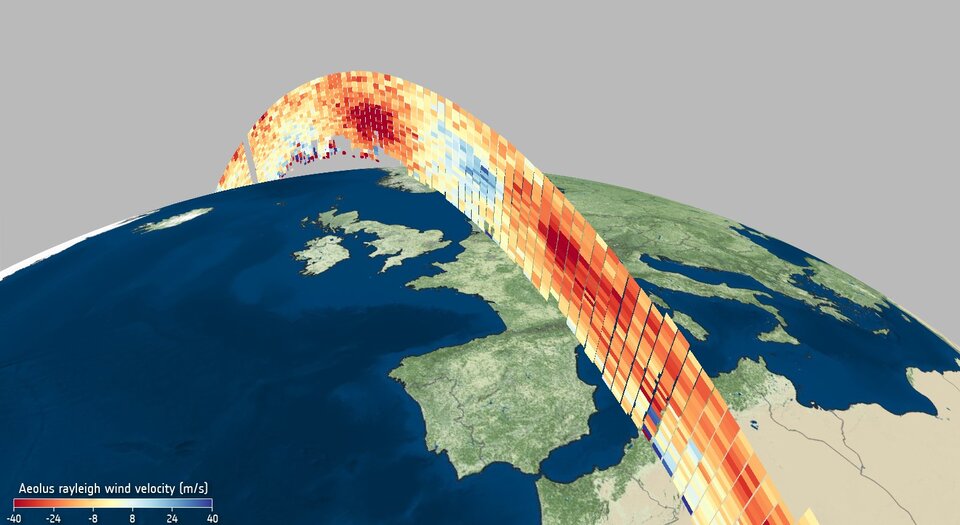 Aeolus’s Aladin instrument, one of the most sophisticated instruments ever to be put into orbit, emits pulses of ultraviolet light from a laser and measures the Doppler shift of signal backscattered by the different layers of the atmosphere to deliver vertical profiles of wind in the lowest 30km.

The European Centre for Medium-Range Weather Forecasts (ECMWF) and the French, German, UK and Norwegian meteorological services have assessed the quality of the data and already measured positive impacts on numerical weather prediction on a global scale.

"The ECMWF and weather services involved from the outset in the ESA mission have already shown a positive impact of Aeolus data on numerical weather prediction," EUMETSAT Director-General Alain Ratier said.

"We now push Aeolus data in near-real time to the 4,000 users of EUMETCast and to the full WMO community, to give the opportunity to every forecast centre to familiarise with the novel data and measure their value."

Aeolus is one of ESA’s Earth Explorer missions, which all set out to demonstrate how new ways of observing Earth can advance our understanding of how the planet works as a system.

ESA’s Director of Earth Observation Programmes, Josef Aschbacher, said, “Aeolus was never going to be an easy satellite mission to develop, and, indeed, it took some years to get it right before it could be launched. The wait was certainly worth it though, and in the 20 months that it has been in orbit, it has gone from strength to strength that will lead to benefits for science and society alike.”