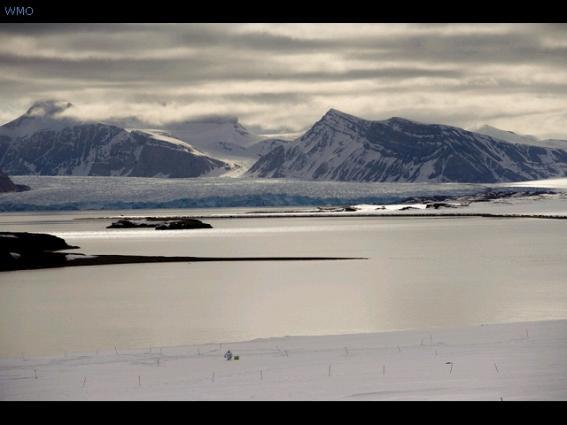 Above normal temperatures and precipitation are expected across most of the Arctic region for  November-January 2020/2021, according to a new seasonal climate outlook produced at the 6th session of Arctic Climate Forum.

This follows above average summer surface air temperatures for most of the Arctic domain, with Eastern Siberia observing record-breaking temperatures and wildfires.. Arctic sea ice minimum extent after the summer melt – a key climate change indicator – was the second lowest on the satellite record after 2012.

Arctic temperatures continue to increase at more than twice the global mean. Annual surface air temperatures over the last 5 years (2016–2020) in the Arctic were the highest on record since 1936. 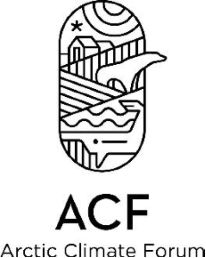 To support Arctic decision makers in this changing climate, the recently established Arctic Climate Forum (ACF) convened by the Arctic Regional Climate Centre Network (ArcRCC-Network) under the auspices of the World Meteorological Organization (WMO) provides consensus climate outlook statements in May prior to summer thawing and sea-ice break-up, and in October before the winter freezing and the return of sea-ice.

The Arctic Climate Forum was held on 28-29 October 2020 as a virtual meeting led by the National Weather Service (NWS), National Oceanic and Atmospheric Administration (NOAA). It brought together more than 80 participants from 12 countries representing meteorological services, academia, shipping industry, indigenous people, and other key partners and decision makers.

It discussed key climate information on the state of Arctic climate (temperature, precipitation and sea-ice) during Arctic summer 2020 and produced a seasonal outlook for the upcoming winter 2020/2021.

The combination of an Arctic meridional atmospheric circulation (north-south) and high ocean surface heating during summer (JJA: June, July, August 2020) was the main driver of this past season’s temperature, precipitation and sea ice anomalies. Above normal temperaturesforecast for all Arctic regions for the upcoming winter (November 2020 to January 2021) will continue to have implications for sea-ice over that time period.

Precipitation: High spatial variability between wetter and drier than average conditions was observed across the Arctic during JJA 2020. Wetter than normal conditions are expected across the majority of the Arctic region this winter.

Sea-ice: The Northern Hemisphere September 2020 minimum sea-ice extent was the 2nd lowest since 1979, with the Eurasian seas and the Northern Sea Route completely ice free while sea-ice conditions in the Beaufort Sea and the Canadian Archipelago were close to normal. Later than normal fall freeze-up is expected for Baffin Bay, East Siberia, and the Kara, Labrador, and Laptev Seas; near normal to early freeze-up is expected for all other regions. Below to near normal 2021 maximum sea ice extent are forecast for majority of the Arctic 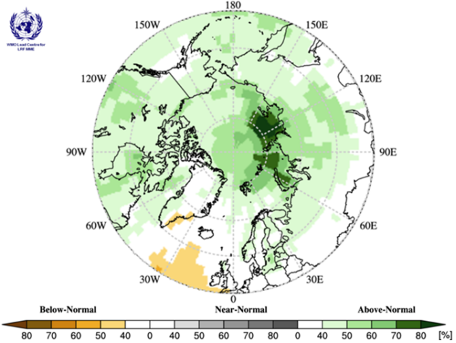 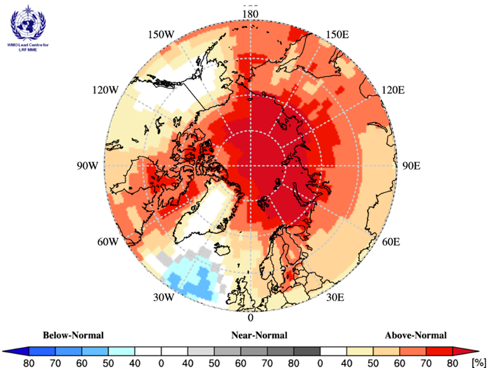 The overall assessment of the Forum by the participants, in particular by users’ representatives was strongly positive. It was noted that ACF has been evolving since its first session and has significantly improved based upon users’ feedback and requirements. The sessions were recorded, and the video can be viewed at https://arctic-rcc.org/acf-fall-2020-video-recording. The presentations and all relevant information can be found at https://arctic-rcc.org/acf-fall-2020 .