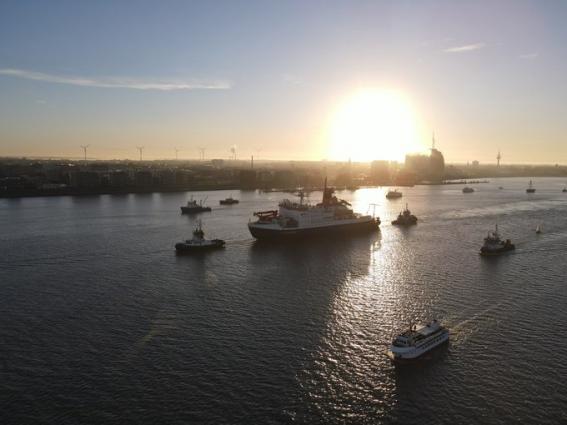 The most ambitious Arctic research expedition ever undertaken has come to a successful end after spending more than a year researching climate change in the Arctic, Drifting with the ice, the Multidisciplinary Drifting Observatory for the Study of Arctic Climate (MOSAiC) endured the extreme cold, Arctic storms, a constantly changing floe – and the challenges posed by the coronavirus pandemic.

The research icebreaker Polarstern returned to its homeport in Bremerhaven, Germany, on 12 October with an unparalleled treasure trove of data, which an entire generation of climate researchers will focus on analysing, according to the Alfred Wegener Institute, Helmholtz Centre for Polar and Marine Research (AWI), which coordinated the expedition.

The journey was record-breaking: never before had an icebreaker been near the North Pole in winter, and never before could international researchers comprehensively gather such urgently needed climate data in the region of the world hardest hit by climate change. 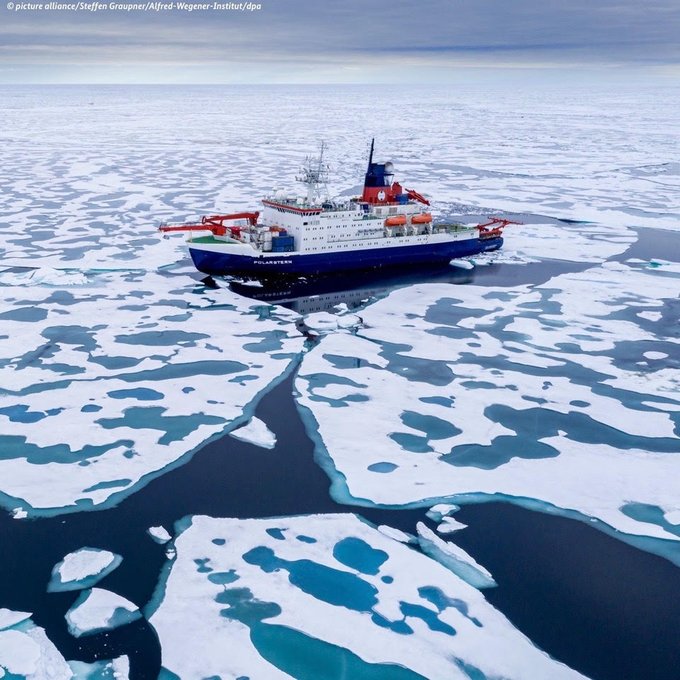 MOSAiC is one of the key projects contributing to the WMO-spearheaded Year of Polar Prediction (YOPP), which also strives to increase understanding of the Arctic climate system. Hardly any region has warmed as much as the Arctic over recent decades. At the same time, we lack year-round observations from the ice-covered Arctic Ocean.

On 20 September 2019 Polarstern departed from the Norwegian port of Tromsø, bound for the Central Arctic, the epicentre of climate change. Once there, the ship allowed itself to become trapped in the ice, and began a one-year-long drift across the North Pole, completely at the mercy of natural forces – the route and speed were solely determined by the ice drift, powered by wind and currents.

Over the five legs of the expedition, a total of 442 researchers, Polarstern crewmembers, young investigators, teachers and members of the press took part. Seven ships, several aircraft and more than 80 institutions from 20 countries were involved.

Even when, due to the coronavirus pandemic, virtually every other expedition around the globe was cancelled, thanks to the broad support of the international scientific community and to the tireless efforts of the entire team, MOSAiC was able to continue.

“Climate change is the greatest challenge facing humanity. A challenge that we can only overcome together – by transcending the borders of disciplines and nations alike. The international MOSAiC mission, which brought together researchers from 20 nations, shows that, despite all the setbacks, at the international level there is a willingness to rise to this challenge. MOSAiC, the greatest Arctic expedition of all time, is an historic milestone for climate research, said Anja Karliczek, German Federal Minister of Research.

Prof Antje Boetius, AWI Director, said: “Today the expedition comes to a successful end, and we have a much clearer grasp of the interplay between the ice, ocean and atmosphere than ever before. The unparalleled commitment of experts from around the globe is what allowed us to make this scientific breakthrough in Arctic research. They have brought back countless samples and comprehensive data from their one-year-long drift. This unprecedented dataset is a gift for all humankind. Now it’s our responsibility to use the new knowledge gleaned to make the right choices – for the future of the Arctic, and with it, the future of our planet.” 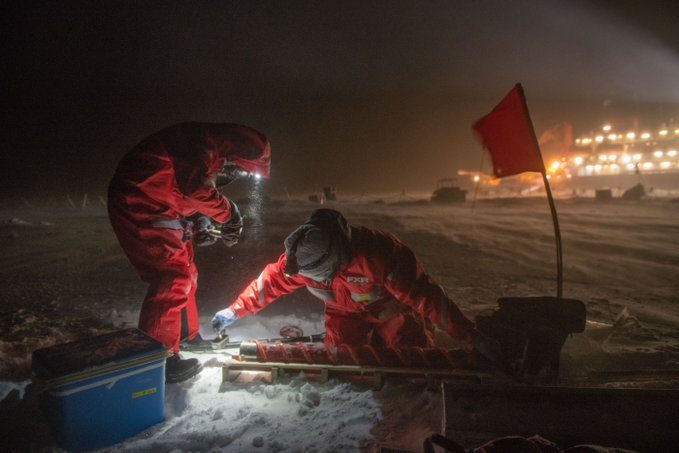 “We’ve seen how the Arctic ice is dying. In the summer, even at the North Pole, it was characterised by extensive melting and erosion. If we don’t make immediate and sweeping efforts to combat climate warming, we’ll soon see ice-free Arctic summers, which will have incalculable repercussions for our own weather and climate. Though today the Central Arctic remains a fascinating, frozen landscape in winter, the ice is only half as thick as it was 40 years ago, and the winter temperatures we encountered were nearly always ten degrees warmer than what Fridtjof Nansen experienced on his ground-breaking Arctic expedition over 125 years ago,”  said Prof Markus Rex, Expedition Leader and head of the MOSAiC project at AWI.

“Arctic sea ice is not only an important part of the global climate system; it is also a unique ecosystem and the basis of life for many indigenous societies. And it is a realm of fascinating and unmatched beauty. We should do everything within our power to preserve it for future generations.”

In order to make this unique project a success and to obtain the most valuable data possible, more than 80 institutes had pooled their resources in a research consortium. The expedition budget was over 140 million euros.

One World - One Expedition