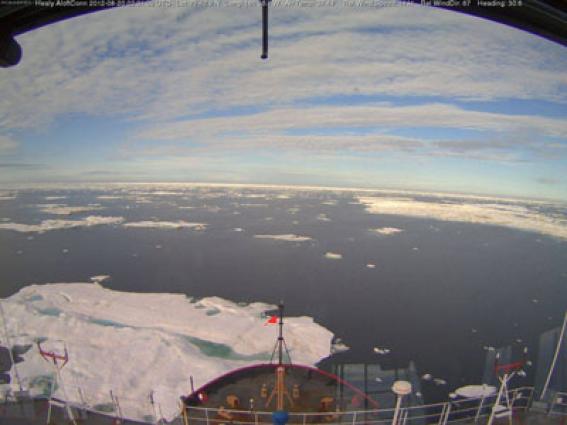 Arctic sea ice cover melted to its lowest extent in the satellite record, breaking the previous record low observed in 2007, according to the National Snow and Ice Data Center (NSIDC) and NASA.

The new record was reached before the end of the melt season in the Arctic, which usually takes place in mid- to late-September. Scientists expect to see an even larger loss of sea ice in the coming weeks.

Final data on the 2012 Arctic sea ice extent will be included in WMO’s annual statement on the status of the global climate.

NSIDC scientist Walt Meier said, "By itself it's just a number, and occasionally records are going to get set. But in the context of what's happened in the last several years and throughout the satellite record, it's an indication that the Arctic sea ice cover is fundamentally changing."

The sea ice cap naturally grows during the cold Arctic winters and shrinks when temperatures climb in the spring and summer. But over the last three decades, satellites have observed a 13 percent decline per decade in the minimum summertime extent of the sea ice, according to NASA. The thickness of the sea ice cover also continues to decline. >> More