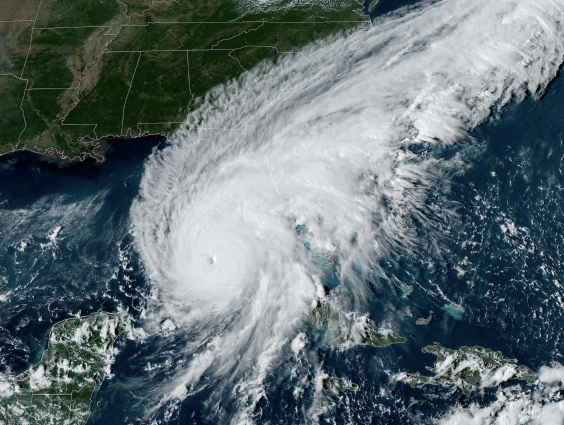 The 2022 Atlantic hurricane season officially ends on November 30, but the impact of the most devastating storms will continue for many months to come. Progress in forecasting and accurate early warnings has prevented much loss of life, but more remains to be done.

An average hurricane season has 14 named storms, seven hurricanes and three major hurricanes. The 2022 season was quieter than 2020 and 2021, which were both so active that the regular list of rotating names was exhausted. But it takes just one landfalling storm to wreck communities and economies.

In addition to the loss and damage witnessed in the Atlantic and Caribbean, powerful tropical hit Asia (including China, Japan, the Philippines and Viet Nam) in 2022. A succession of tropical cyclones rolled back sustainable development in the Indian Ocean Island of Madagascar.

Tropical Cyclones  – also known as hurricanes and typhoons - are one of the biggest threats to life and property, with deadly hazards including storm surge, flooding, extreme winds, tornadoes and lightning. Between 1970 and 2019, more than 1 900 disasters have been attributed to tropical cyclones, which killed nearly 780 000 people and caused US$ 1 407.6 billion in economic losses, according to the WMO Atlas of Mortality and Economic Losses from Weather, Climate and Water Extremes. 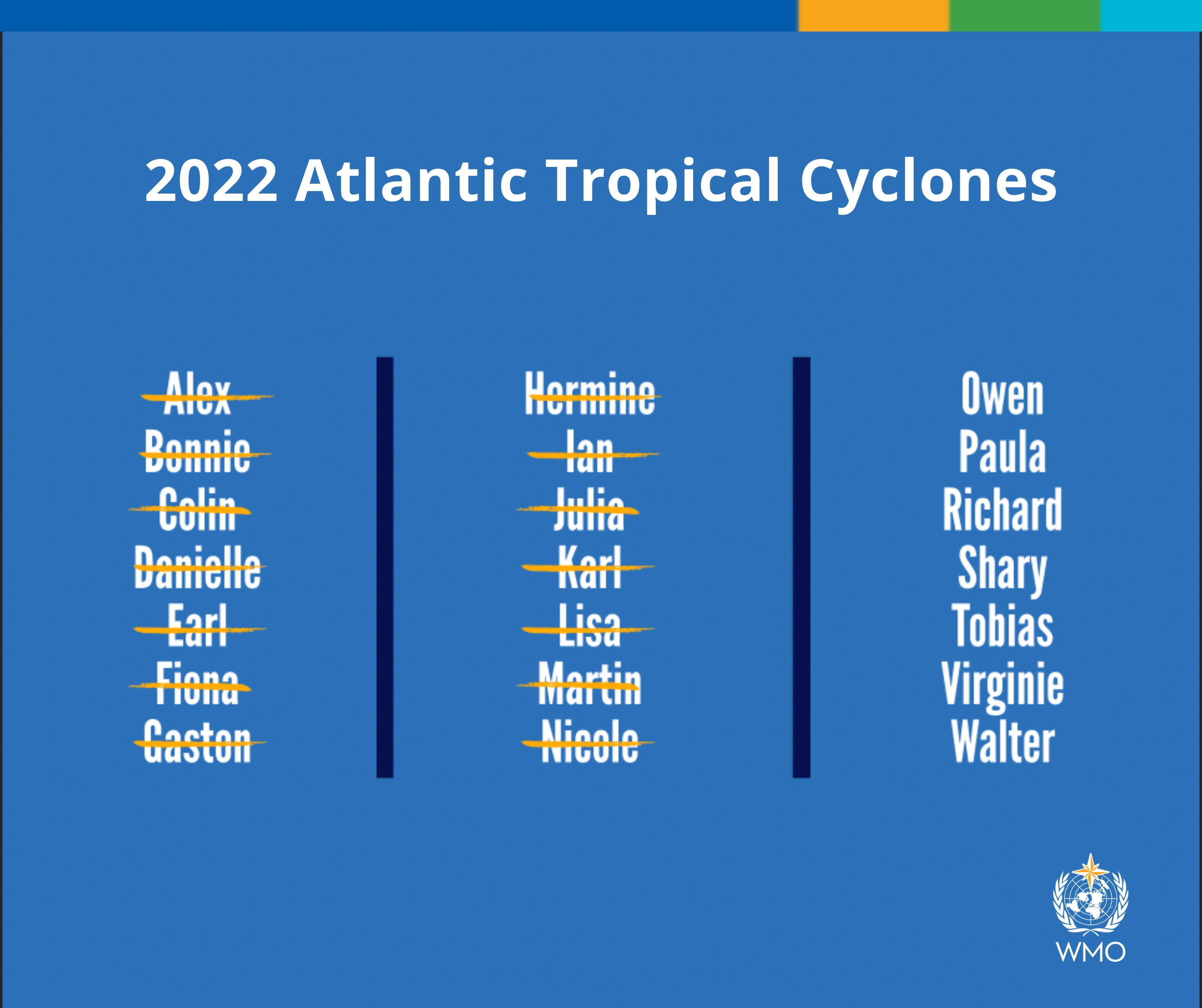 Hurricane Fiona caused devastation from the Caribbean to Canada. It hit the American island of Puerto Rico on 18 September, bringing torrential rains and causing considerable damage including power outages as well as some casualties. After tracking over the Dominican Republic, Fiona strengthened to a Category 4 hurricane on the Saffir-Simpson scale, with maximum sustained winds of near 130 mph (215 km/h) as it headed toward the Caribbean island of Bermuda. It then transitioned over the Atlantic and made landfall in Nova Scotia, Canada, on 24 September as the strongest tropical storm ever to hit Canada.

Hurricane Ian hit western Cuba on 27 September and then strengthened and increased greatly in size over the warm waters of the Gulf of Mexico as it moved towards Florida. It made landfall on 28 September with sustained winds of 150 miles per hour (240 kmh) in a densely populated, low-lying residential area. It was classed as a strong Category 4 , with catastrophic storm surge, flooding and wind and was described as one of the worst hurricanes to hit the area in a century.  It made landfall a second time as a category 1 storm in South Carolina as a category 1 storm.

There was a rare mid-season pause in storms that scientists preliminarily believe was caused by increased wind shear and suppressed atmospheric moisture high over the Atlantic Ocean. After a quiet period in August, activity ramped up in September with seven named storms, including two major hurricanes — Fiona and Ian. The season also included a rare late-season storm with Hurricane Nicole making landfall on November 10 along the east coast of Florida.

WMO’s Hurricane Committee (Regional Association IV) will meet in March 2023 to discuss lessons learned to save lives and protect property and infrastructure. It will also decide on the retirement of names.

WMO maintains rotating lists of names in alphabetical order to alert the public of potential hazards. In this region, male and female names are alternated, and the lists are used every six years. If the list of names is exhausted, a supplemental list can be used. If a hurricane is particularly devastating or deadly, its name is retired and a new one selected.