Atlas of Health and Climate Available in Six Languages 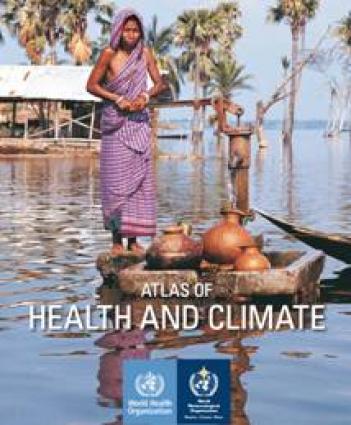 Atlas of Health and Climate Available in Six Languages

As the world’s climate continues to change, hazards to human
health are increasing. The Atlas of Health and Climate,
published jointly by the World Health Organization (WHO) and
the World Meteorological Organization (WMO), illustrates some of the most pressing current and emerging challenges.

Droughts, floods and cyclones affect the health of millions of
people each year. Climate variability and extreme conditions
such as floods can also trigger epidemics of diseases such as
diarrhoea, malaria, dengue and meningitis, which cause death
and suffering for many millions more.

The Atlas gives practical examples of how the use of weather
and climate information can protect public health. The Atlas,
which has received widespread acclaim, is now available
in Arabic, Chinese, English, French, Russian and Spanish.

The Atlas of Health and Climate
English