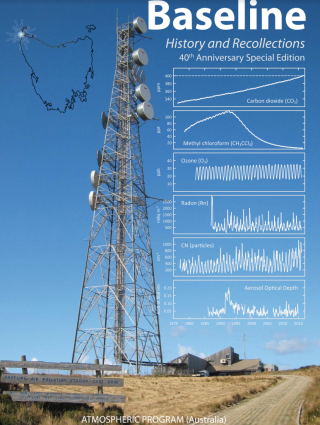 This year, the Cape Grim Global Atmosphere Watch (GAW) Global Station in Tasmania marks 40 years of monitoring the composition of the Earth’s atmosphere.

This year, the Cape Grim Global Atmosphere Watch (GAW) Global Station in Tasmania marks 40 years of monitoring the composition of the Earth’s atmosphere.

The station, established in 1976 and operated by the Bureau of Meteorology and the Commonwealth Scientific and Industrial Research Organization (CSIRO), is Australia's principal contribution to the GAW observing network. The first set of instruments lived in an ex-NASA caravan. Today the station is housed in a permanent building that features state-of-the-art infrastructure, including a tower fitted with important monitoring equipment.

Cape Grim’s data records of atmospheric constituents like greenhouse gases, ozone, aerosols like black carbon, mercury, acids in precipitation, and many more, improve our scientific understanding of atmospheric, environmental and climate change and the impact of human activity.

Thus, the alert was sounded in May 2016 when carbon dioxide levels passed the symbolic 400 parts per million level for the first time at Cape Grim and the entire southern hemisphere – a level reached early by stations in the more polluted northern hemisphere. When Cape Grim was established, CO₂ levels were about 330 parts per million (ppm). Levels have increased at an average of 1.9 ppm per year since 1976, but accelerated to 2.3 ppm per year since 2010.

Cape Grim has also demonstrated the effectiveness of action to reduce human impacts. The decline in concentrations of ozone-depleting substances measured at Cape Grim demonstrates the progress of the Montreal Protocol, an international agreement to phase out the use of these chemicals, and leading to the gradual recovery of the ozone hole.

A day of festivities was hosted by the Cape Grim program on 15 November 2016 in Stanley, Tasmania. Oksana Tarasova, chief of WMO’s Atmospheric and Environment Research Division, presented a certificate to Sue Barrell (Bureau of Meteorology) and Larry Marshall (CSIRO). 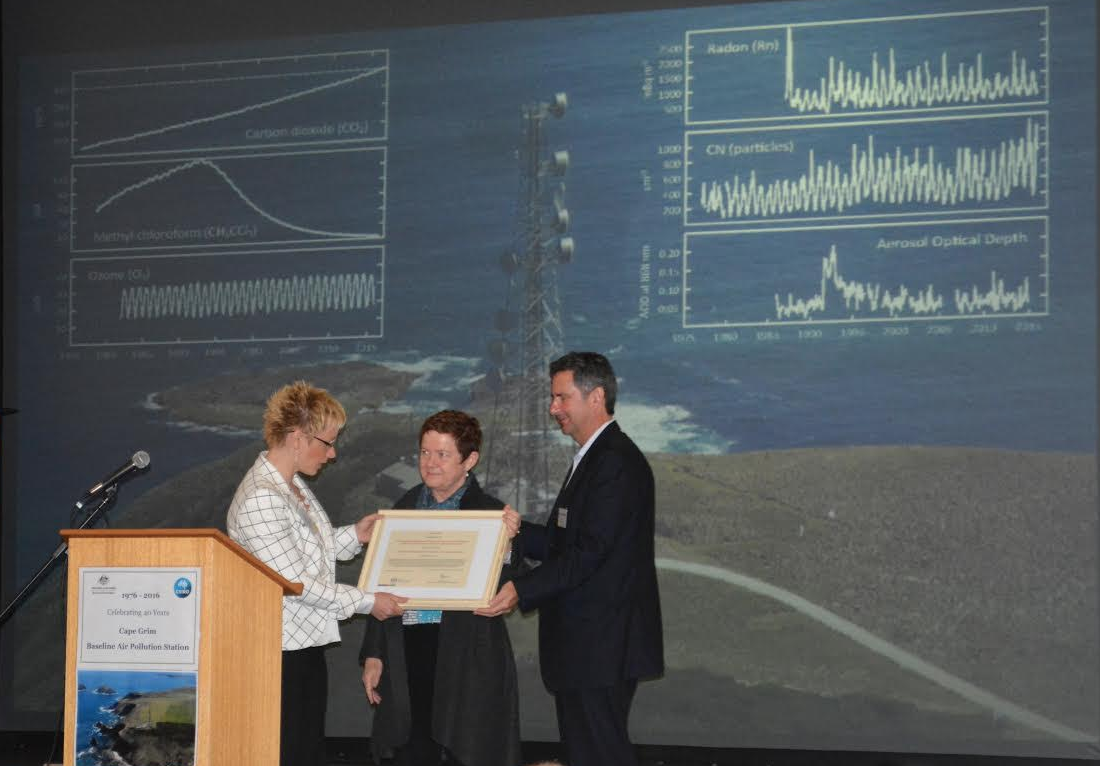 “Australia has made an outstanding contribution toward establishing and maintaining long-term observations of atmospheric composition,” said Ms Tarasova. “It is a vital part of the Global Atmosphere Watch network which helps monitor and safeguard the environment, advance earth sciences, and support policy,” she said.

The Global Atmosphere Watch network embraces stations around the world, ranging from high in the mountains to Polar regions and Pacific islands. The strength of the network lies in its geographical diversity and the qualitative consistency of its measurements.

The Cape Verde Atmospheric Observatory, a WMO-GAW global station since 2009, celebrated its 10th anniversary in November. It is unique in being the only atmospheric monitoring station situated in the tropical Atlantic. The Cape Verde Atmospheric Observatory has gained a reputation as a high quality international facility, providing vital data to the global atmospheric communities. It provides a powerful tool for characterising transport and transformations of greenhouse and reactive gases, aerosols and dust from the US, Europe, and Africa to the tropical Atlantic.