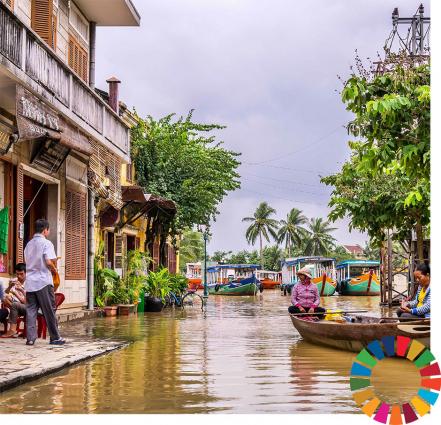 A new report has been published on the progress towards meeting the targets of the 17 Sustainable Development Goals or SDGs, which commit countries to mobilize efforts to end all forms of poverty, fight inequalities and tackle climate change. Failure to meet the target on climate action jeopardizes progress in other areas.

United Nations Secretary-General António Guterres said that while a “wealth of action” had been taken by governments across the world “the most vulnerable people and countries continue to suffer the most.” In remarks at the opening of the High-Level Political Forum on Sustainable Development Ministerial Segment, he singled out climate change as a key area of concern.

"Climate change is moving faster than we are.  We have seen the shattering of three pivotal records before our eyes," he told the July 16 session.

"First, greenhouse gas concentrations in the atmosphere are at the highest levels in 3-5 million years – and that occurred at a time when the earth’s temperature was as much as 3 degrees warmer and sea levels as much as 10-20 meters higher.  Second, the World Meteorological Organization reports that our planet will record the five warmest years on record from 2015-2019.  We need look no further than the heat waves in Europe, South Asia and elsewhere for yet more evidence of that. Third, sea levels are not only rising – they are rising at an accelerated pace.  Indeed, some scientists are already predicting that sea level rise could double from what is currently projected by the end of this century," said the UN Secretary-General.

WMO co-hosted an HLPF side event on understanding progress and implementation of the SDG 13 on Climate Action on 11 July, providing an update on the current progress and activities. The side event brought together the climate, science, disaster risk reduction and statistical communities and representatives of the United Republic of Tanzania and the Federated States of Micronesia to focus efforts on advancing climate action. Paul Egerton, WMO Representative to the UN, briefed on the state of climate science, based on the recent WMO State of the Climate report and key climate indicators. Ovais Sarmad, Deputy Executive Secretary, UN Climate Change (UNFCCC), gave a keynote presentation.

Described by Mr Guterres last year as an “existential threat” to humanity, the outlook for meeting targets to reduce climate change is grim. With rising 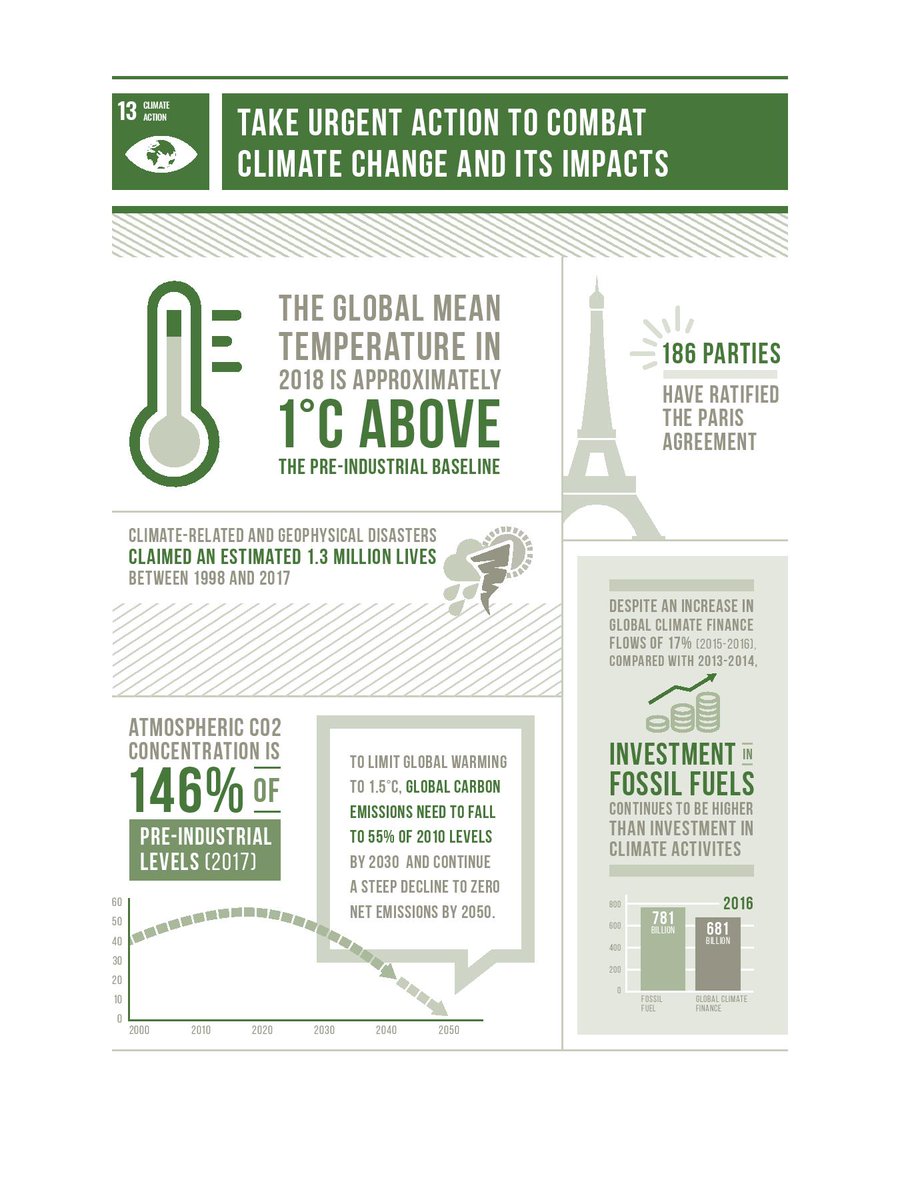 greenhouse gas emissions, climate change is occurring at rates much faster than anticipated and “its effects are clearly felt world-wide,” according to the SDG report.

The target, and remember this was agreed by world leaders, is to keep the rate of global warming to below 2°C and, if possible to 1.5°C above pre-industrial levels. The average global temperature is already 1°C above pre-industrial levels but if not enough is done then warming will continue at an unsustainable pace and could well exceed 3°C by the end of the century.

While there are positive steps in terms of individual countries developing climate plans and the increase in the amount of money being found to finance those activities, Mr Guterres said that “far more ambitious plans and accelerated action is needed” on climate mitigation and adaptation.

Mr Guterres has invited world leaders to the Climate Action Summit from 21 to 23 September to deliver concrete, realistic plans to enhance their nationally determined contributions by 2020, in line with reducing greenhouse gas emissions by 45 per cent over the next decade, and to net zero emissions by 2050.

WMO Secretary-General Petteri Taalas is a member of the Steering Committee for the Climate Action Summit. He is co-chair of the Climate Science Advisory Group which will submit detailed reports to inform world leaders about the state of the climate as well as science-driven solutions for transformative action and raising ambition in key sectors.

Other highlights of the SDG report relevant to WMO’s mandate include:

Despite earlier extended progress, the number of people suffering from hunger has been on the rise since 2014. In the wake of conflicts, climate-induced shocks and economic slowdowns worldwide, intensified efforts are needed to implement and scale up interventions to improve access to safe, nutritious and sufficient food for all. Specifically, attention needs to be given to increasing the agricultural productivity and incomes of small-scale food producers, implementing resilient agricultural practices, and ensuring the proper functioning of markets.

Water resources must be carefully managed to ensure sustainability and equitable sharing among users. A global framework for such an approach is known as integrated water resources management (IWRM), and it covers policies, institutions, management instruments and financing. Of the 172 countries that reported on their implementation of IWRM in 2018, 80 per cent had medium-low levels of implementation or higher

Most growth in renewable energy has been concentrated in the electricity sector. This is mainly due to the rapid expansion of wind and solar power, prompted by sustained policy support and cost reductions. However, electricity makes up only 20 per cent of final energy use. The remaining 80 per cent is concentrated in the heat and transport sectors, where modern renewables penetrated only 9 per cent and 3.3 per cent of the global market, respectively, in 2016. Meeting the ambitious SDG target will require increased policy attention to the deployment of modern

The world is becoming increasingly urbanized. Since 2007, more than half the world’s population has been living in cities, and that share is projected to rise to 60 per cent by 2030.

Nine out of ten urban residents in 2016 were breathing polluted air—that is, air that did not meet the WHO air quality guidelines for annual mean levels of fine particulate matter (PM2.5) of 10 micrograms or less per cubic metre. More than half of those people were exposed to air pollution levels at least 2.5 times above the guideline value. Air quality worsened between 2010 and 2016 for more than 50 per cent of the world’s population. Central and Southern Asia and sub-Saharan Africa are the two regions that saw the largest increases in particulate matter concentrations.

Life depends on oceans. They make up the planet’s largest ecosystem— covering more than two thirds of the Earth’s surface— and provide billions of people with food and livelihoods. Oceans produce about half the oxygen we breathe, and act as a climate regulator, absorbing atmospheric heat and more than one quarter of man-made CO2.

Observations of ocean pH over the past 30 years have shown a decrease in surface pH of 0.1 units. This is equivalent to a 26 per cent increase in acidity from pre-industrial times. At the current rate of CO2 emissions, an increase in acidity of 100 to 150 per cent by the end of this century is predicted.

Ocean acidification threatens organisms as well as ecosystem services, including food security, by endangering fisheries and aquaculture. It also impacts coastal protection (by weakening coral reefs, which shield the coastline), transportation and tourism. As the acidity of the ocean rises, its capacity to absorb CO2 from the atmosphere decreases, hampering the ocean’s role in moderating climate change.

The full report is available here