Climate and weather extremes in 2022 show need for more action 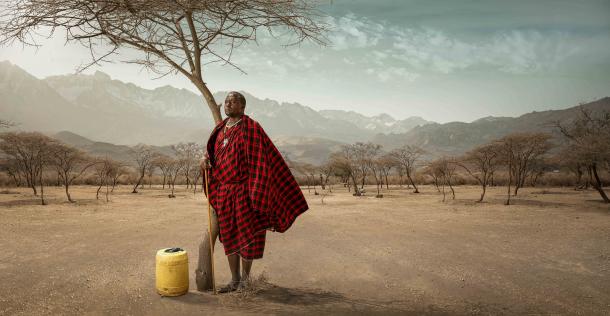 Climate and weather extremes in 2022 show need for more action

Weather, water and climate-related disasters, including extreme flooding, heat and drought affected millions of people and cost billions this year, as the tell-tale signs and impacts of human-induced climate change intensified.

The events of 2022 once again underlined the clear need to do much more to cut greenhouse gas emissions – with better monitoring of this - and to strengthen climate change adaptation – including through universal access to early warnings, according to the World Meteorological Organization.

The past eight years are on track to be the eight warmest on record. Global temperature figures for 2022 will be released in mid-January. The persistence of a cooling La Niña event, now in its third year, means that 2022 will not be the warmest year on record. But this cooling impact will be short-lived and will not reverse the long-term warming trend caused by record levels of heat-trapping greenhouse gases in our atmosphere.

The annual global temperature forecast by the UK’s Met Office suggests that the average global temperature for 2023 will be between 1.08 °C and 1.32°C (with a central estimate of 1.20 °C) above the average for the pre-industrial period (1850-1900). This will be the tenth year in succession that temperatures have reached at least 1°C above pre-industrial levels. The likelihood of – temporarily – breaching the 1.5°C limit of the Paris Agreement is increasing with time.

“This year we have faced several dramatic weather disasters which claimed far too many lives and livelihoods and undermined health, food, energy and water security and infrastructure. One third of Pakistan was flooded, with major economic losses and human casualties. Record breaking heatwaves have been observed in China, Europe, North and South America. The long-lasting drought in the Horn of Africa threatens a humanitarian catastophe,” said WMO Secretary-General Prof. Petteri Taalas.

“There is a need to enhance preparedness for such extreme events and to ensure that we meet the UN target of Early Warnings for All in the next five years,” said Prof. Taalas.

Early warnings, increasing investment in the basic global observing system and building resilience to extreme weather and climate will be among WMO priorities in 2023 – the year in which the WMO community celebrates its 150th anniversary.

WMO will also promote a new way of monitoring the sinks and sources of carbon dioxide, methane and nitrous oxide by using the ground-based Global Atmosphere Watch, satellite and assimilation modelling. This allows better understanding of the behaviour of the key greenhouse gases in the real atmosphere. There are for example large uncertainties related to the strength of sinks of carbon in the biosphere and sources of methane, which will be better monitored with the new method, said Prof. Taalas.

Greenhouse gases are just one of the climate indicators now at record observed levels. Sea level, ocean heat content and acidification – are also at record observed highs. The rate of sea level rise has doubled since 1993. It has risen by nearly 10 mm since January 2020 to a new record high this year. The past two and a half years alone account for 10 percent of the overall rise in sea level since satellite measurements started nearly 30 years ago, according to WMO’s provisional State of the Global Climate in 2022 report.

2022 took an exceptionally heavy toll on glaciers in the European Alps, with initial indications of record-shattering melt. The Greenland ice sheet lost mass for the 26th consecutive year and it rained (rather than snowed) on the summit for the first time in September.

A new assessment by the US National Oceanic and Atmospheric Administration showed how climate change is fueling a warmer, wetter, stormier Arctic.

“A typhoon, smoke from wildfires and increasing rain are not what most imagine when thinking of the Arctic. Yet these are some of the climate-driven events included in NOAA’s 2022 Arctic Report Card, which provides a detailed picture of how warming is reshaping the once reliably frozen, snow-covered region which is heating up faster than any other part of the world,” said NOAA.

Although 2022 did not break global temperature records, there were a number of national heat records in many parts of the world.

Large parts of the northern hemisphere were exceptionally hot and dry. India and Pakistan saw record-breaking heat in March and April. China had the most extensive and long-lasting heatwave since national records began and the second-driest summer on record.  Large parts of Europe sweltered in repeated episodes of extreme heat. The United Kingdom saw a new national record on 19 July, when the temperature topped more than 40°C  for the first time. This was accompanied by persistent and damaging drought and wildfires.

In East Africa, rainfall has been below average in four consecutive wet seasons, the longest in 40 years, triggering a major humanitarian crisis affecting millions of people, devastating agriculture and killing livestock, especially in Ethiopia, Kenya and Somalia.

Record breaking rain in July and August led to extensive flooding in Pakistan. There were at least 1 700 deaths and 33 million people affected. 7.9 million people were displaced. The flooding came hard on the heels of an extreme heatwave in March and April in both India and Pakistan.

A large area centred around the central-northern part of Argentina, and also southern Bolivia, central Chile, and most of Paraguay and Uruguay, experienced record-breaking temperatures during two consecutive heatwaves in late November and early December 2022. A study by internationally acclaimed scientists in the World Weather Attribution network said that climate change made the early season heat about 60 times more likely.