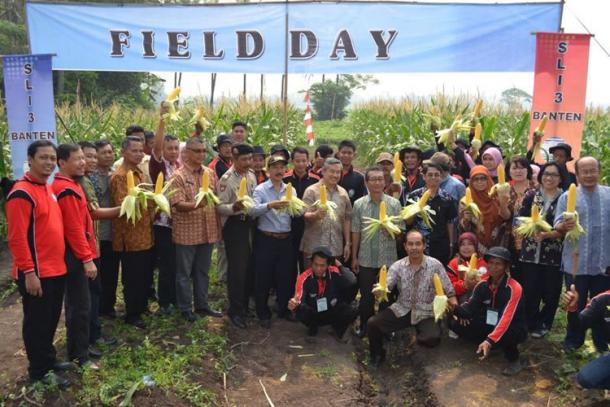 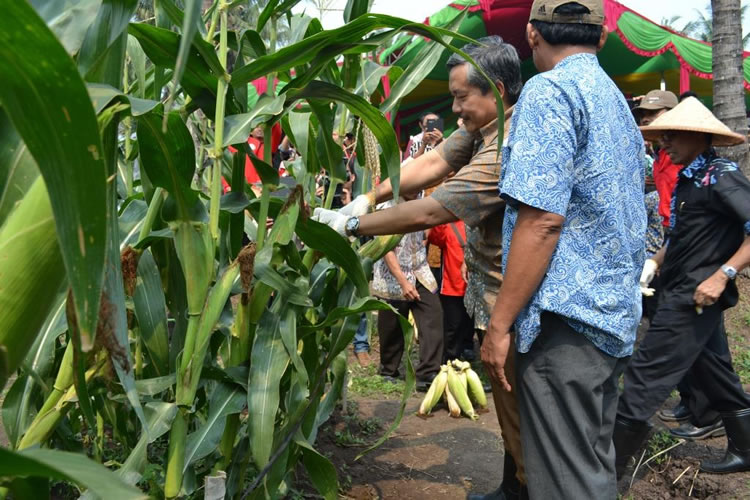 Farmers in an Indonesian village which has taken part in Climate Field School programme run by the Indonesian Agency for Meteorology, Climatology and Geophysics (BMKG) reported an increase of nearly 25% in this year’s corn harvest, strengthening local food security.

BMKG held the Climate Field School with the Agriculture Agency of Banten Province in the village of Gempolsari, from 14 July to 3 October 2014. During the three months, BMKG staff along with specially trained extension workers met with the farmers every 10 days to discuss how to apply weather and climate information during the planting and growing season. The 25 farmers were introduced to climate information through experimental techniques with simple explanations and active discussions on topics such as cloud and rain formation processes, the introduction of simple meteorological instruments, indigenous knowledge on farming and crop calendars.

At a field day ceremony on 3 October, BMKG Director-General Andi Eka Sakya noted that corn yields increased by 24.25% from the previous average of 32–33 tons per hectare to 39.76 tons per hectare. He said the success was due to the knowledge gained by the farmers, who will now help train other farmers to spread the benefits wider.

The main objective of the Climate Field School is transform technical climate information into practical language for farmers and thus improve access to, and use of, climate services and so improve food security. Its user outreach approach is in line with the aims of the Global Framework of Climate Services (GFCS), which seeks to bring together providers and users of climate services. Agriculture production and food security is one of the top priorities of the GFCS.

Since 2010, BMKG has reached more than 3,600 extension workers throughout the country, and has expanded the project from 11 provinces in 2011 to 25 provinces this year. In 2015, it is planned to hold Climate Field Schools in 33 provinces (every province in Indonesia except the capital city, Jakarta) and also extend the climate information activities to fishermen.

The World Meteorological Organization is looking for ways to expand the Climate Field School approach to other regions, given its success in strengthening food security. This follows the success of roving seminars for farmers held in number of African countries.

BMKG, supported by WMO, hosted a Training of Trainers session for Asia Pacific countries in August, to share the experience of Indonesia in implementing the Climate Field School program with other countries. Participants visited the Climate Field School in Gempolsari to gain first-hand experience of how climate information and services can improve agricultural production and make a real difference to people’s lives.