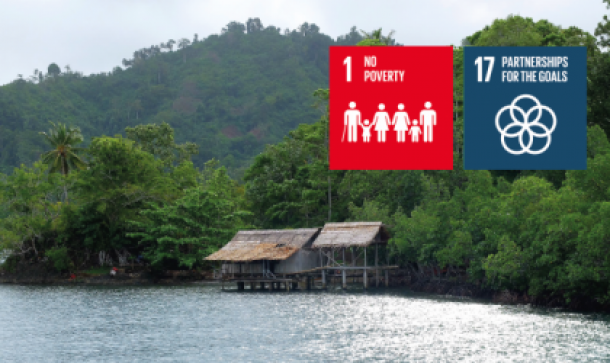 An international initiative to improve early warning systems against extreme weather and support climate change adaptation is gaining momentum to protect more people in more places. Financing has been extended to cover the Caribbean and West African regions.

The Climate Risk and Early Warning Systems (CREWS) initiative, launched in 2015, has been operating in 19 countries in Africa and the Pacific. It is improving early warning systems to protect the most vulnerable populations against hazards like tropical cyclones and floods in Least Developed Countries and Small Island Developing States. 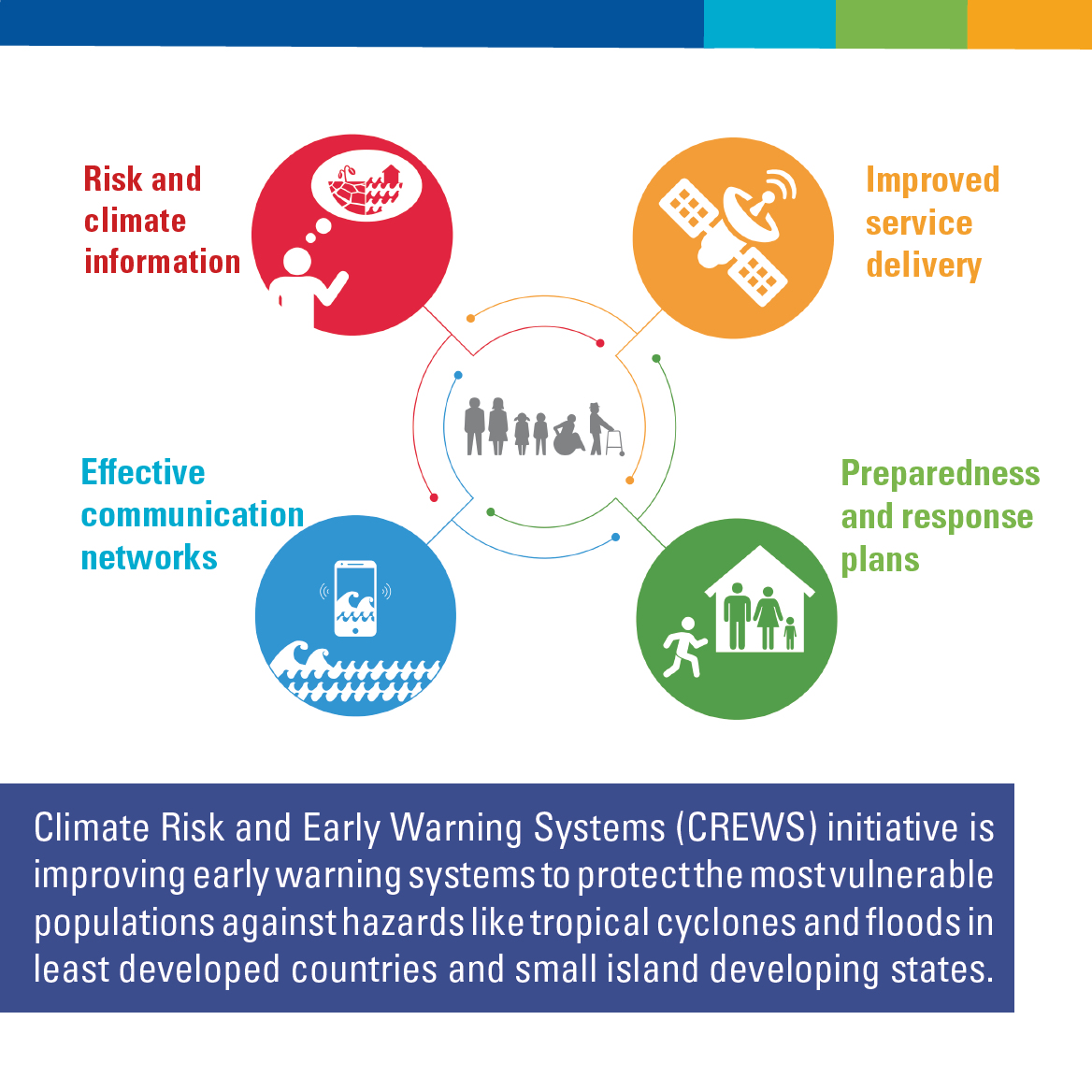 “This international initiative is reaching out to exposed populations in order to  strengthen awareness, save lives and reduce the impact of extreme weather and climate-related disasters. Early warning systems are an essential part of climate change adaptation,”” said Brigitte Collet, France’s Ambassador for Climate Change Negotiations, Renewable Energy and Climate Risk Prevention.

The committee discussed the findings of a report about lessons learned from the devastating 2017 hurricane season. The final report will be published at the Americas Regional Platform for Disaster Risk Reduction in Cartagena, Colombia, from June 20 to 22. It identifies how to enhance the early warning systems and  increase preparedness of Caribbean communities for the 2018 season and highlight in particular how men and women were affected differently by events.

UN Special Representative for Disaster Risk Reduction, Ms. Mami Mizutori, said: "Tragically, lives continue to be lost in disasters because of lack of access to early warning systems. Timely, actionable warnings and access to information are key to reducing loss of life and minimizing the impact of disasters on people's health and safety."

CREWS is being rolled out in a number of African countries. In the Democratic Republic of Congo, Burkina Faso, Mali and Niger, CREWS is supporting the improvement of operational hydro-meteorological forecasts and early warning services, with an emphasis on flood and drought-related risks. There is a special focus on early warnings for agriculture, food security and civil protection, and a specific alignment with investments by the World Bank and the Africa Development Bank and other partners in line with respective national frameworks for climate services.

In the Pacific, CREWS is strengthening hydro-meteorological and early warning services for islands including Fiji, Cook Islands, Kiribati, Niue and Tuvalu, Federated States of Micronesia, Samoa, Solomon Islands, Tonga, Palau, Nauru, Marshall Islands, Tokelau and Vanuatu. In Papua New Guinea, it is improving control and maintenance of the existing drought and flood monitoring network, as well as early warnings for the agriculture sector and disaster managers.

The Steering Committee meeting identified  new countries in Africa and Asia where projects could be financed in the coming two years.

National Governments lead CREWS projects. This ensures that the most pressing needs are given priority. Projects build on existing activities and enable countries to leverage additional resources from the Green Climate Fund and other sources.

There is a special focus on women, who play an important role in responding to early warnings and are very effective ambassadors to build resilience. For example, agro-meteorological trainings called “roving seminars” were held in 3 pilot municipalities of Burkina Faso, providing specific advice to 807 women and 1,040 men on the choice of crops, on the optimal timing for planting, on how to optimize the use of agricultural inputs through climate observations and forecasts, and on how to best manage the harvest and post-harvest.

The CREWS initiative was launched at the UN Climate Change Conference in Paris in 2015 and is spearheaded by France.  Other coalition partners are Australia, Germany, Luxembourg and the Netherlands, with support from Canada. In a sign of the growing momentum, the CREWS Steering Committee welcomed the participation of Switzerland and Mexico in the Steering Committee meeting.

CREWS is being implemented by the World Meteorological Organization (WMO), the World Bank, and the Global Facility for Disaster Reduction and Recovery (GFDRR) with the support of the UN Office for Disaster Risk Reduction (UNISDR).

The objective of the CREWS initiative is to significantly increase the capacity to generate and communicate effective impact-based, multi-hazard, gender-informed, early warnings and risk information to protect lives, livelihoods, and assets in Least Developed Countries (LDCs) and Small Island Developing States (SIDS). 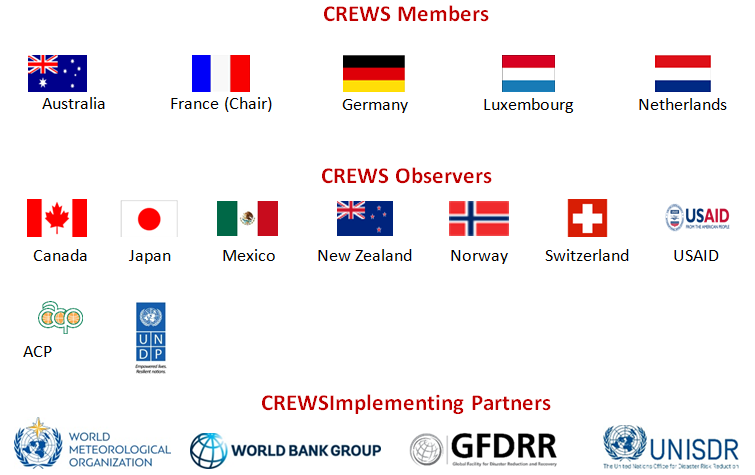