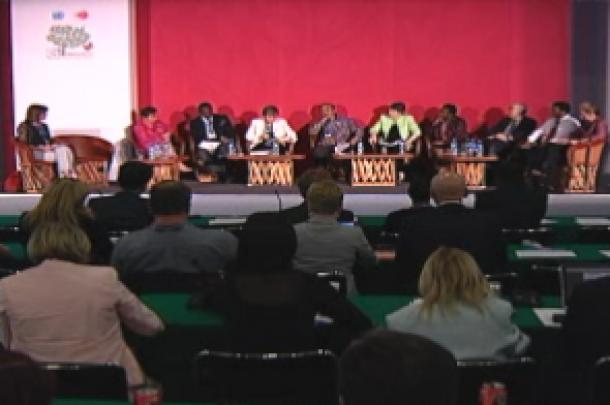 At the United Nations Climate Change conference in Cancun, there was broad recognition that adapting to a changing climate is a must. The UN’s role must be centred around “green growth”, said Christiana Figueres, Executive Secretary of the United Nations Framework Convention on Climate Change. The United Nations, she added, must help countries address the twin challenges of climate change and bridging the gap between rich and poor.

Developing countries recognise the need to reconcile environment and economic challenges. The World Bank pointed out that about 85% of country strategy papers (in which countries outline their development assistance priorities) now emphasize climate change.

Even if the most stringent mitigation measures were put in place today, the impacts of climate change would continue for centuries. Decision-makers in all sectors increasingly have to manage the risk of the adverse impacts of climate variability and change but often are not getting information they need to do so, and to do so efficiently.

“We all share the same planet, the same atmosphere, the same ocean, the same multi-faceted climate. Every community, every socio-economic sector is affected by climate variability and climate change,” said WMO Secretary-General Michel Jarraud.

“We need to strengthen research in all parts of the world. We need to develop more appropriate services for climate, similar to what we have for weather services. There is no way any country can do it alone, not even the largest one. We need a multilateral, multidisciplinary system,” he said in reference to the proposed GFCS.

Alcinda Abreu, Mozambique Minister of Coordination of Environmental Affairs, noted that her country needs the multilateral platform that the Global Framework for Climate Services offers. Mozambique learned much from the floods of 2000, where more than 800 people died and 500 000 were displaced. “It was a turning point for disaster management in Mozambique,” she said. “How do we limit the risks of something so unpredictable, for which we are not responsible?” She outlined that Mozambique’s national adaptation programme focuses on prevention and mitigation of natural disasters, gender and climate change strategy.

Earlier during the conference, Mr Jarraud underlined the “serious consequences" if greenhouse gas emissions are not cut immediately. A series of weather-related disasters and the warmest decade on record underline the need to take action on climate change.

For more information:
Webcast: The United Nations System delivering as one on climate change: supporting implementation