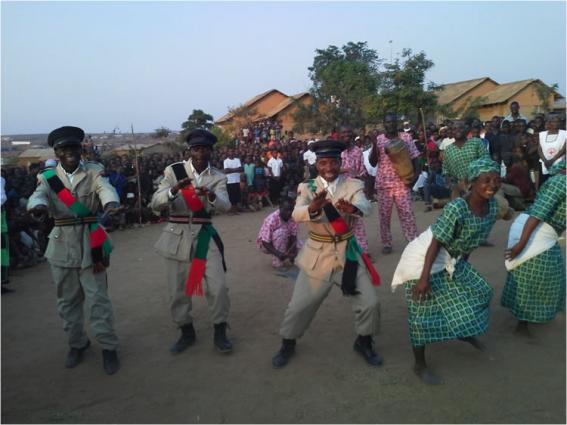 The World Meteorological Organization hosted a three day meeting attended by a wide range of stakeholders from all over the world to accelerate progress, coordinate plans and identify gaps and stumbling blocks in the rollout of climate services such as seasonal forecasts and drought monitoring tools.

The Meeting on the Implementation Coordination of the Global Framework for Climate Services (GFCS), from 29 September to 1 October, brought together nearly 100 experts from meteorological and research organizations which are developing climate products, along with representatives of donor institutions and users from the priority sectors of water, food security, health and disaster risk reduction.

The GFCS is an ambitious international initiative spearheaded by WMO in partnership with other United Nations agencies to improve climate services over the next ten years to help user communities and countries cope with natural variations in climate as well as human-induced climate change.

“In most cases, challenges can be transformed into opportunities and we trust that through these national “climate services laboratories” we shall improve our ability to work together - different sectors, different agencies, different UN organizations  - to learn from each other, to provide broader benefits,” said Mr Jarraud.

About 70 nations have no or inadequate climate services. A series of consultations have been held in countries such as Belize, Burkina Faso, Chad, Dominica, Malawi, Mali, Niger, Senegal, South Africa and Tanzania to fast-track action. Regional consultations have taken place in the Least Developed Countries in Asia, the Caribbean, Pacific Islands and Latin America.

The meeting reviewed projects being implemented in 16 countries from different regions of the world, where agreement on a set of concrete activities to be implemented bringing together scientific/technical inputs and programme implementation at national level by partners will help to develop and deliver climate services for the benefit of different communities.

It identified challenges at national level such as the need for meteorological services to present forecasts in a format and using language which is understandable to users; downscaling forecasts to local leveland giving more information on the onset and distribution of rainfall rather than just seasonal totals; access to data; closer collaboration with communities (such as health professionals) which traditionally have had little contact with meteorologists; and the need for better technical advice to donors to prevent fragmented, unsustainable programmes.

Progress was also highlighted. For instance, regional climate outlook forums now exist all over the world, providing meteorological expertise to agriculture, food, disaster and health managers. Data rescue initiatives have been launched to capture historical records vital to understanding future climate change at regional and local level, especially in least developed and developing countries. Countries which lack individual capacity such as small island developing states have joined together to pool efforts to develop climate services which reach the most vulnerable.

The potential socio-economic development benefits are huge - the global gains from early warnings systems would reach between 4 and 6 billion U.S. dollars per year, with additional co-benefits, according to a World Bank study.

More than 100 surveys responses from partner agencies on GFCS and related activities and projects were received in preparation for the meeting. Three-quarters of the templates provide information on project funding, for a total budget of more than 700 million US dollars.

Considerable financial and technical resources are already being invested in climate services. The challenge is how to ensure better coordination to pull resources together in a way that makes them bigger than the sum of their parts and to ensure that climate services reach the last – and most difficult - mile.

A strong national coordination mechanism is essential. National frameworks for climate services would provide a vehicle to ensure coordination among partners and sectors and would also allow linkages with national processes such as for example the UNFCCC National Adaptation Plans. The creation of a national team has proven to be an effective coordination mechanism in the United Republic of Tanzania, where the GFCS Climate Services Adaptation Programme is currently being implemented with support from the Government of Norway.

In summarizing some outcomes of the three day meeting, WMO Deputy Secretary-General Jerry Lengoasa emphasized the importance of  national implementation and coordination mechanisms, and shared information and planning. Strengthened user-interface platforms at national and regional level were also identified as key mechanisms to provide feedback to the climate services data and information generating agencies on what information is needed, in what formats, frequency and resolution to meet decision-making requirements in the priority areas of water, health, agriculture and food security.

“The implementation of GFCS is crucial because we want a user-directed and user-informed initiative to ensure useable climate services,” said Mr Lengoasa.