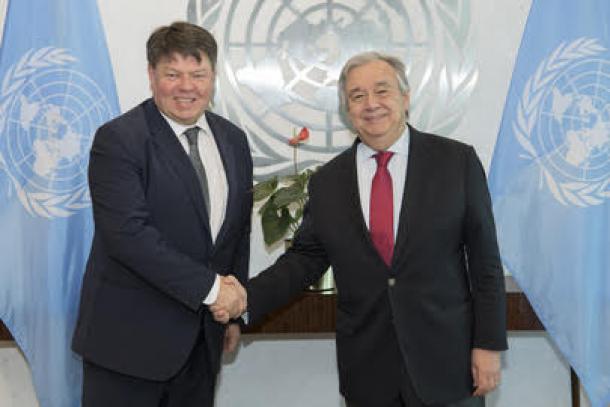 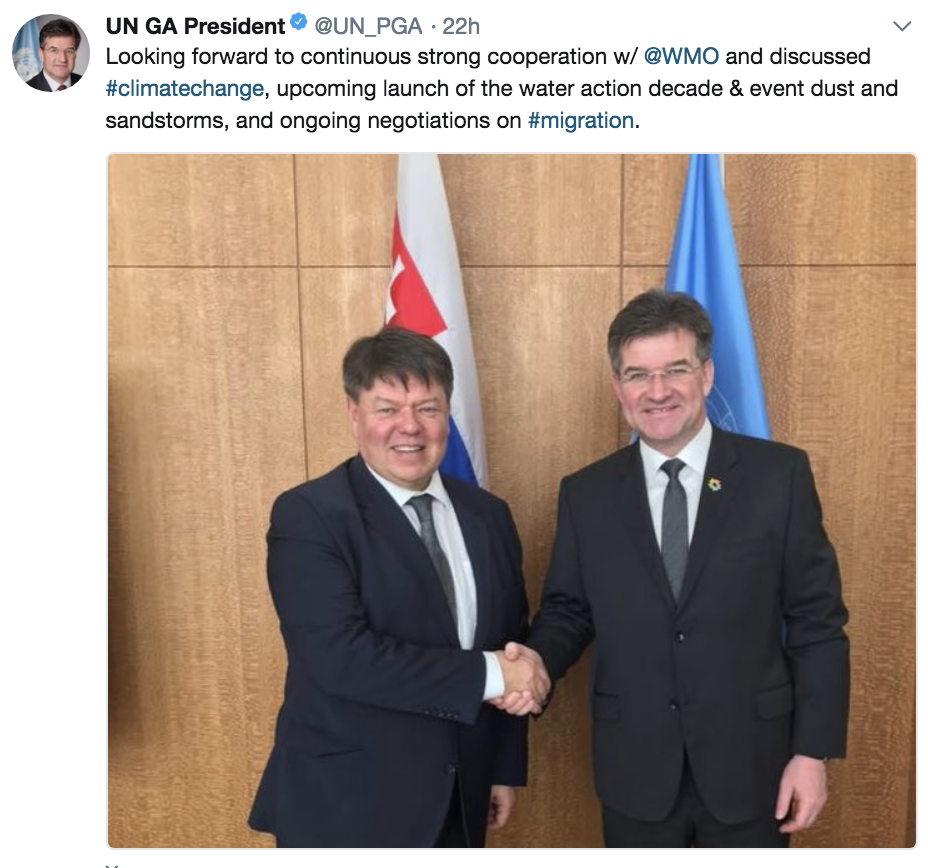 ointed Michael J. Bloomberg, the former mayor of New York City, as his Special Envoy for Climate Action to encourage more rapid implementation of the Paris Agreement on climate change.

The meeting on 6 March also discussed provision of meteorological early warning services to the UN Operations and Crisis Center to help in contingency planning and emergency response.

WMO is continually strengthening cooperation with other UN partners in support of the international agenda on climate change, sustainable development and disaster risk reduction.

For instance, it is organizing a global hydrological conference from 7-9 May to strengthen collaboration on water resources and hydrological data management. WMO is also one of the partners in the World Health Organization’s First Global Conference on Air Pollution and Health 30 October to 1 November to try to cut the health and climate change impacts of air pollution.

Whilst in New York, Mr Taalas also met with the President of the UN General Assembly, Miroslav Lajcak, to discuss global water Issues, climate change and environmental hazards such as sand and dust storms.