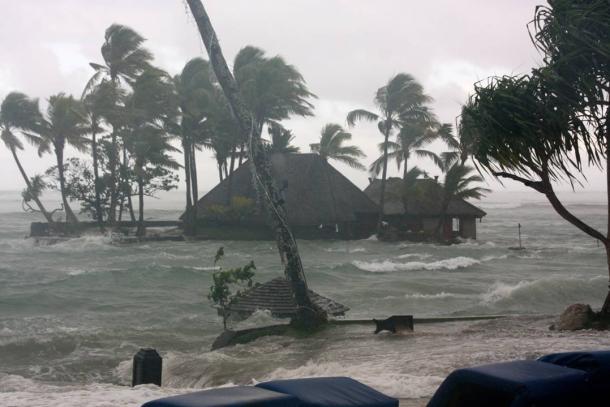 An operational system has been developed and implemented for the Fiji Islands to produce and disseminate new early warning information on coastal flooding, which will help save lives and protect property in low-lying, populated coastal areas.

There is potential to enhance this early warning platform in the future and to extend it to other South Pacific island nations, and even consider extension to include other coastal flooding sources such as tsunamis.

Fiji consists of 33 islands, with 87% of the population living on the two major islands, Viti Levu and Vanua Levu.  Its location makes it vulnerable to tropical cyclones and dangerous storm surges in northern areas that have significant shallow coastal shelves.   This is often accompanied by high waves and heavy rains which swell coastal rivers, made worse during high tides.  Additionally, Fiji’s southern facing coastlines can suffer severe flooding from swell caused by storms formed thousands of kilometres away, south of Australia and New Zealand, the most recent in May 2018.  All of these flood situations will likely be exacerbated with a changing climate, and anticipated sea level rise in coastal areas.

Category 4 Cyclone Evan impacted Fiji during December 2012, bringing storm surge and heavy rains, and causing flooding and structural damage estimated at more than US$100 million, with a further US$40 million in short-term economic losses related to the cyclone.   As a result,  the Fiji Meteorological Service (FMS) requested WMO assistance in developing a coastal early warning forecasting system through the Coastal Inundation Forecasting Demonstration Project (CIFDP).

In December 2016, Category 5 Cyclone Winston smashed into the Fiji Islands, with winds in excess of 155 mph, killing 44 people, of which approximately two thirds were due to drowning from coastal floods.  It caused US$1.4 billion in damage and the loss of one third of Fiji’s GDP.  Winston was the deadliest cyclone recorded in Fiji's modern history and served as an additional incentive to quickly complete the coastal early warning system.

The Fiji CIFDP was funded by both the Korea International Cooperation Agency (KOICA) and the Korea Meteorological Administration (KMA), and supported by a team of WMO-IOC Technical Commission for Oceanography and Marine Meteorology (JCOMM) and WMO Commission for Hydrology (CHy) experts including from Australia, Canada, Japan, Republic of Korea, New Zealand,  and United States of America.

The six-year demonstration phase was completed at the Final Stakeholders meeting hosted by the Fiji Meteorological Service in Nadi, November 19-21. It brought together the donor (KMA), institutional end users including from other Fijian Ministries and Authorities, technical experts involved in developing the system, WMO and other international partners to share the results of 6 years of collaborative effort.

The outcome of the project will greatly boost the capability of Fiji Meteorological Service to deliver science-based warnings to enable Fijians to make informed decisions with regards to storm surge throughout Fiji, coastal inundation along the Coral Coast and flood warning along the Nadi River.  For this, FMS is very thankful to Korea, WMO, national stakeholders and international experts for supporting its implementation and success.” said its Director, Misaeli Funaki.

He also said “there is a plan to expand storm surge forecasting across the Pacific Islands through WMO’s  Regional Specialized Meteorological Centre Nadi.” 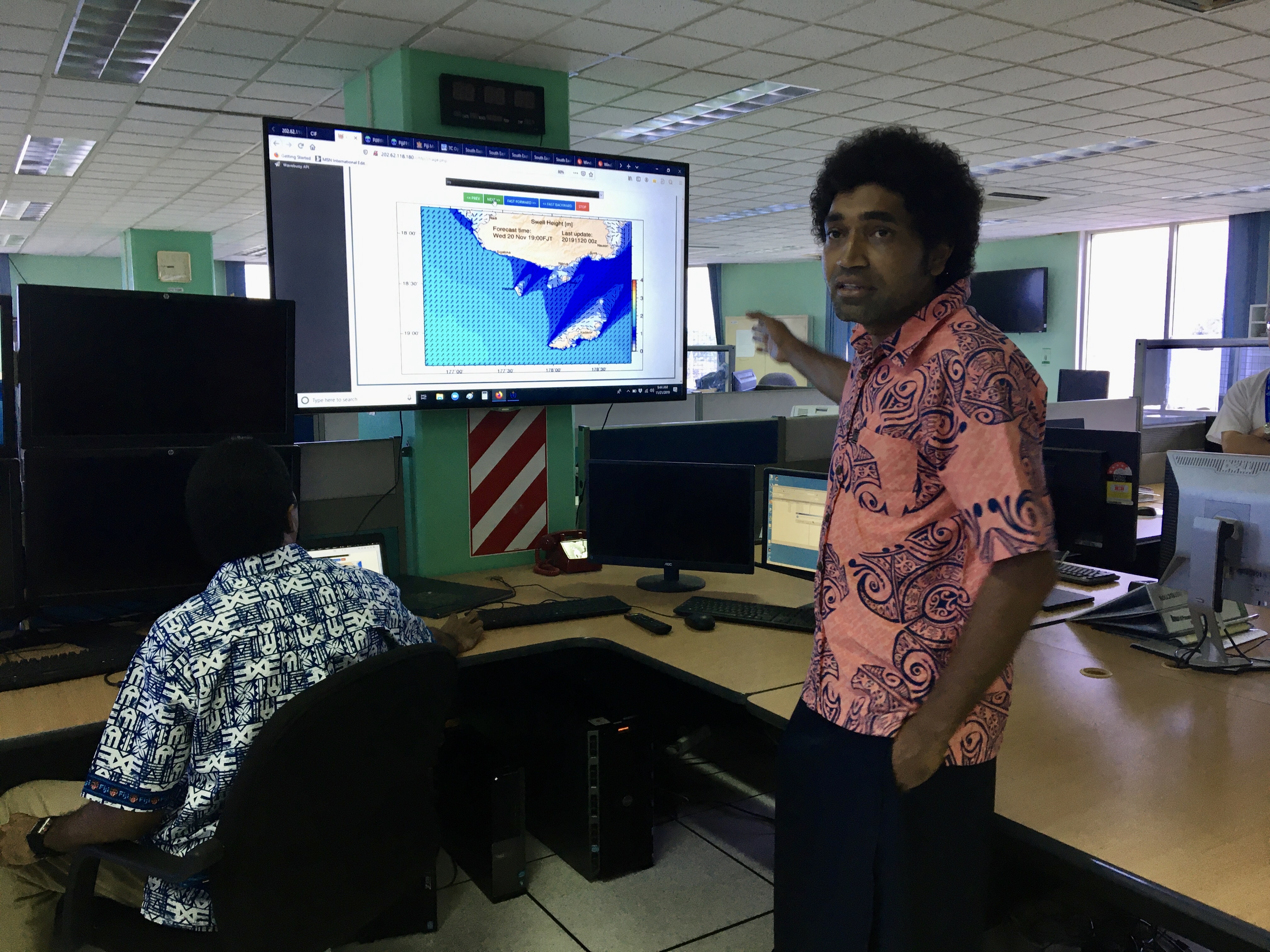 With the systems technologies and training, FMS is now able to provide improved information and new products to national and local authorities as well as non-governmental and community-based organizations. Beneficiaries include the agriculture, fishery, tourism and other sectors and disaster managers.

The Fijian Permanent Secretary for Infrastructure, Transport, Disaster Management and Meteorological Services, Taitusi Vakadravuyaca, emphasized that “the capacity building in coastal inundation is timely, given the national and regional role that FMS plays in terms of tropical cyclone forecasting, disaster preparedness plus the need to improve and develop new coastal inundation forecasting products and services.”

“Fiji was a unique case where multiple causes of coastal inundation resulted in developing an operational system of systems to deal with the diverse forecast and early warning problems. This project shows the benefits derived from the forecast providers working closely with the end-user community from the beginning, and with the international experts, to jointly develop the forecast system” said Mr Val Swail, Co-Chair of the Steering Group for the project.

Communication to the end-user includes a public awareness video, launched by WMO at the final meeting in Nadi. “The animation clearly explains coastal flooding – what it is, how it can happen, what to be aware of and what to do to stay safe” said Sarah Grimes of WMO. It will be available for use across Fiji and all the Pacific Islands, with local language translations where possible.

The completion of CIFDP Fiji wraps up a decade of international effort in the CIFDP after recent operationalisation of the other sub-projects, in Bangladesh, the Caribbean and Indonesia.

WMO Congress recognised that the CIFDP concept has ‘demonstrated’ its value, and agreed for the continuation in future with ‘Coastal Inundation Forecasting Initiatives’ (CIFI), which in time, will be integrated into multi-hazard early warning systems.

“Coastal countries around the world are in urgent need of these early warnings to reduce the impact of inundation disasters which are potentially accelerating in a changing climate” said Ray Canterford, co-reviewer of the CIFDP, SWFDP and FFGS Assessment in 2019. For further information, see the WMO Bulletin Vol 2, 2019.