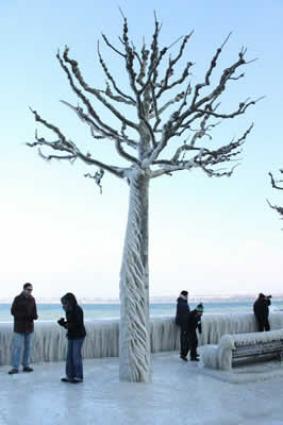 After unusually mild weather in December 2011 and early January 2012 almost all over Europe, the weather situation changed abruptly in the middle of January. An incursion of cold polar air, coming from northern Russia at the south flank of an extensive high pressure area  brought extremely low temperatures over large parts of Europe and also some considerable snowfall especially over various parts of the continent.

This Siberian high pressure system is preventing milder temperatures and maritime storms from moving from the Atlantic Ocean eastwards over Europe.  This high pressure area was very stable causing a continuous flow of cold air to Europe over many days . This  “blocking system” is extremely large in its extent but it is not an unusual phenomenon in the Northern hemisphere winter. >> full text