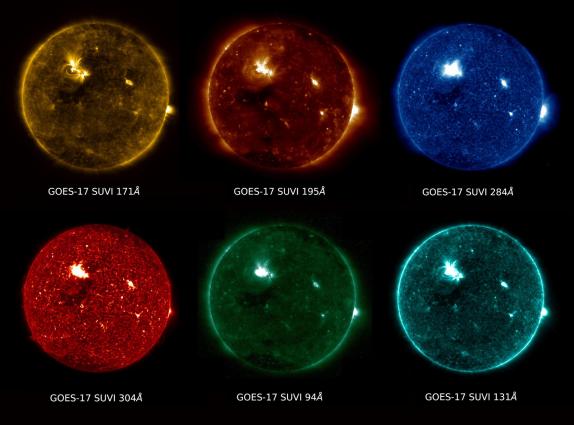 The space-based observing system is making essential contributions to the generation of weather, water and climate-related products and services and helps support policy- and decision making. The number of operational satellites that are part of this space-based observing system and their capabilities is growing, and a considerable number of satellites with new capabilities that are presently in the planning stage will soon join the system.

To coordinate this worldwide system, the Coordination Group on Meteorological Satellites (CGMS) was established in 1972. Its main goals are to support operational weather monitoring and forecasting as well as climate monitoring.

The 46th session of CGMS took place from 3 to 8 June 2018 in Bangalore, India, hosted by the Indian Space Research Organization. WMO participated through its Space Programme and through its Global Climate Observing System (GCOS).

WMO presented the current development and long-term vision of the WMO Integrated Global Observations System (WIGOS), which serves as the observational basis for all global weather, water and climate products and services generated by WMO Members.

The emerging WMO policy framework for public-private sector engagement, which takes into account the growing and changing role of the private sector in the global weather enterprise, was also discussed. It was agreed that close collaboration between WMO and CGMS will be needed to secure continued free and unrestricted access to critical data and services for the WMO and CGMS Members.

A further item of interest is to advance the development of an architecture for climate monitoring from space. The ultimate goal of these discussions is to establish an operational climate monitoring capability in support of the Paris Climate Change agreement, based on the observational requirements established by the Global Climate Observing System.

The Global Climate Observing System is informing regularly CGMS on future plans and reported that it will address in the next years how to support observations needed for adaptation and mitigation, the monitoring of Earth`s climate cycles, new technologies and how to enhance observations needed where people live, especially in new urban megacities.

WMO is also working with CGMS to coordinate space weather observations. Space weather is primarily caused by events on the sun that produce solar radiation and particles that affect the upper atmosphere and magnetic field of the Earth. These interactions can have significant impact on space- and ground-based infrastructure, with the potential to cause considerable economic losses. It is therefore desirable to advance efforts towards practical reliable space weather forecast services. CGMS, recognizing the critical role that space-based observations play in operational space weather services, established a new internal coordination group to organize space weather activities within the existing CGMS working group infrastructure.

Also on the agenda were discussion to strengthen education, training and capacity building, in particular in developing countries, to promote the use of satellite data and products in support of socio-economic and environmental development through the WMO Virtual Laboratory.

Photo: GOES-17 SUVI view of the sun in six extreme ultraviolet wavelengths during a solar flare on May 28, 2018. Credit: NOAA/NASA

CMA: FY-2H satellite was launched to provide observations for “Belt and Road” territories