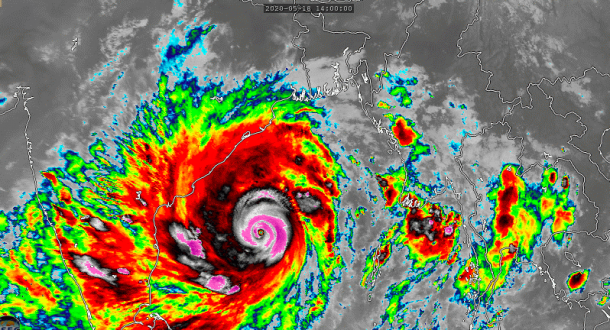 Accurate advance forecasts of tropical cyclone Amphan in India and Bangladesh underpinned a successful disaster mobilization campaign, including the evacuation of more than 3 million people, which has been praised for limiting casualties and serving as a textbook example for multi-hazard early warning systems.

Amphan (pronounced Um-Pun) intensified rapidly in the Bay of Bengal to become a “Super Cyclonic Storm” – the equivalent of a strong Category 4/weak Category 5 on the Saffir Simpson scale. It weakened ahead of landfall on Wednesday 20 May as a very severe cyclonic storm (strong Category 2 equivalent), bringing dangerous winds, storm surge and flooding to coastal areas of West Bengal in India and Bangladesh.

Amphan  impacted densely populated areas, including the Indian city of Kolkata (Calcutta) at a time when restrictions due to the COVID-19 pandemic complicate disaster management.

First reports indicate that at least 72 people have been killed in India and 25 in Bangladesh.

Half a million families may have lost their homes. And 1 million are without power, according to the UN Office for the Coordination of Humanitarian Affairs (OCHA). The cyclone caused serious damage to agriculture and fisheries, and salt water intrusion is also expected to have a severe impact on livelihoods for the next 2-3 years.

In the past, similar tropical cyclones caused many thousands of deaths. But both India and Bangladesh now pursue a successful zero-casualty policy.

Prime Minister Narendra Modi conducted an aerial survey of West Bengal on 22 May, and senior government officials paid tribute to the work of the Indian Meteorological Department in New Delhi, which acts as WMO’s Regional Specialized Meteorological Centre for Tropical Cyclones. 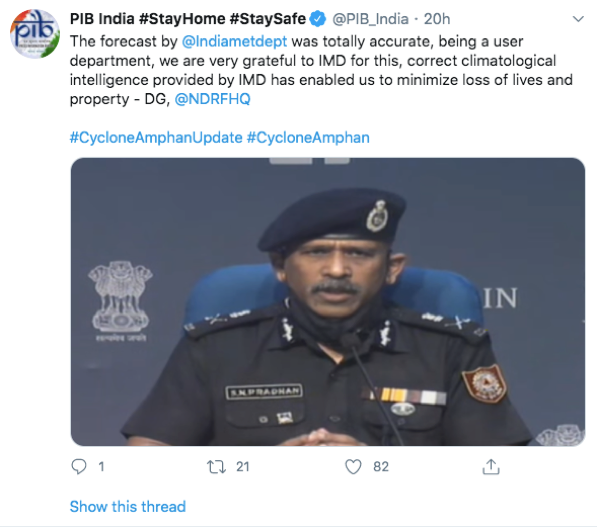 The Indian Meteorological Department warned of a storm surge of up to 4-5 meters above astronomical tide that is likely to inundate low-lying areas of West Bengal during landfall, and of about 2.5 - 3.5 meters for Bangladesh. 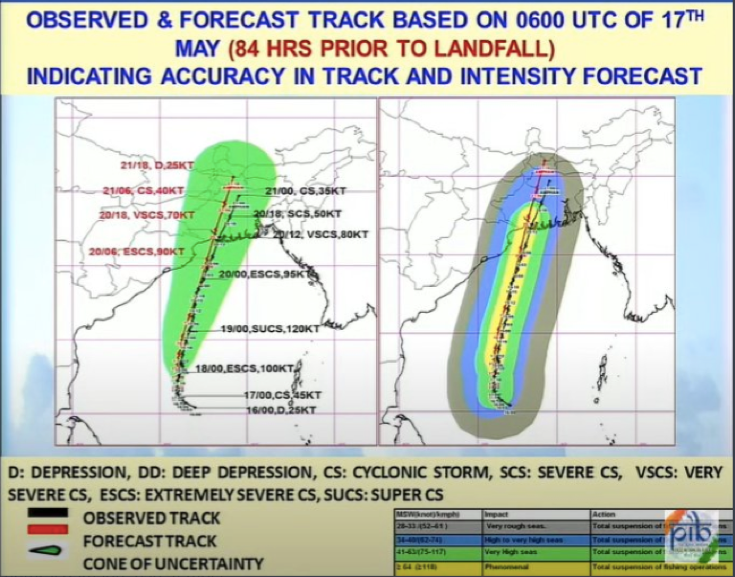 On the basis of these forecasts, one million people were evacuated in India. The Bangladesh government evacuated nearly 2 million people and 500,000 livestock before the storm hit. And more than 12,000 cyclone shelters were set up with COVID19 prevention measures, including masks, sanitizers, soap and handwashing facilities, according to OCHA and the World Food Programme.

Humanitarian partners and government authorities are conducting joint assessments of the damage and the needs for emergency shelter assistance, water sanitation and hygiene and livelihood support.

The tropical cyclone season in the Bay of Bengal and Arabian Sea has two peaks,  around May and around November and, in the past, the basin witnessed huge casualties. 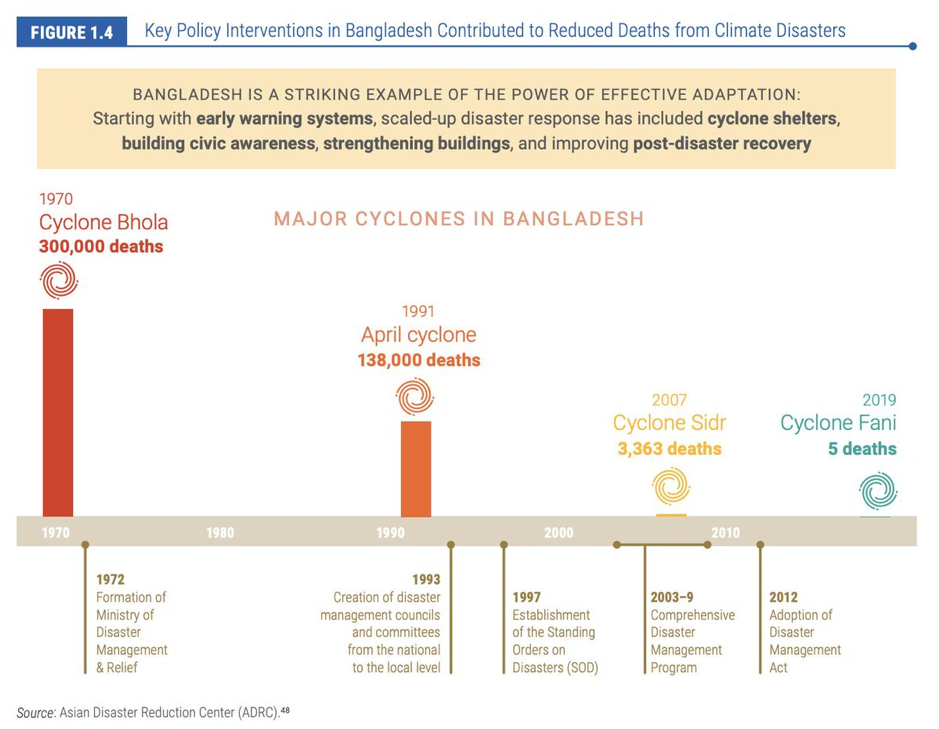 The deadliest tropical cyclone on record, the Great Bhola Cyclone in November 1970, killed at least 300,000 people in modern-day Bangladesh and led to the establishment in 1972, of a body in charge of the regional coordination mechanism for tropical cyclones, the WMO/ESCAP Panel on Tropical Cyclones. This formed the basis of the extensive and coordinated disaster risk reduction campaigns which have, in recent years, limited casualties.

WMO has played a key role in fostering early warning systems to ensure that early warning information translate into early actions and reach the last mile.

Thus, when extremely severe cyclonic storm Fani made landfall in Odisha, India on 3 May 2019. Accurate advance forecasts and a huge, well-coordinated disaster risk reduction campaign, including the evacuation of hundreds of thousands of people, were credited with keeping the death toll to a minimum. This was in contrast to the 1999 Odisha cyclone which caused thousands of deaths in India.