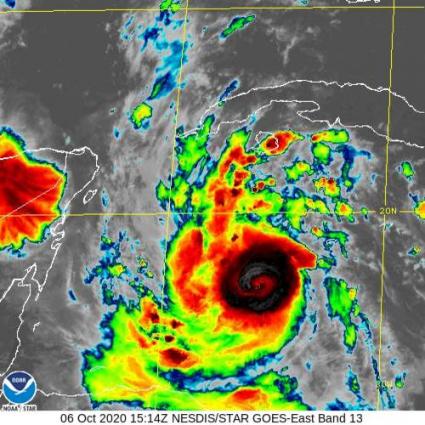 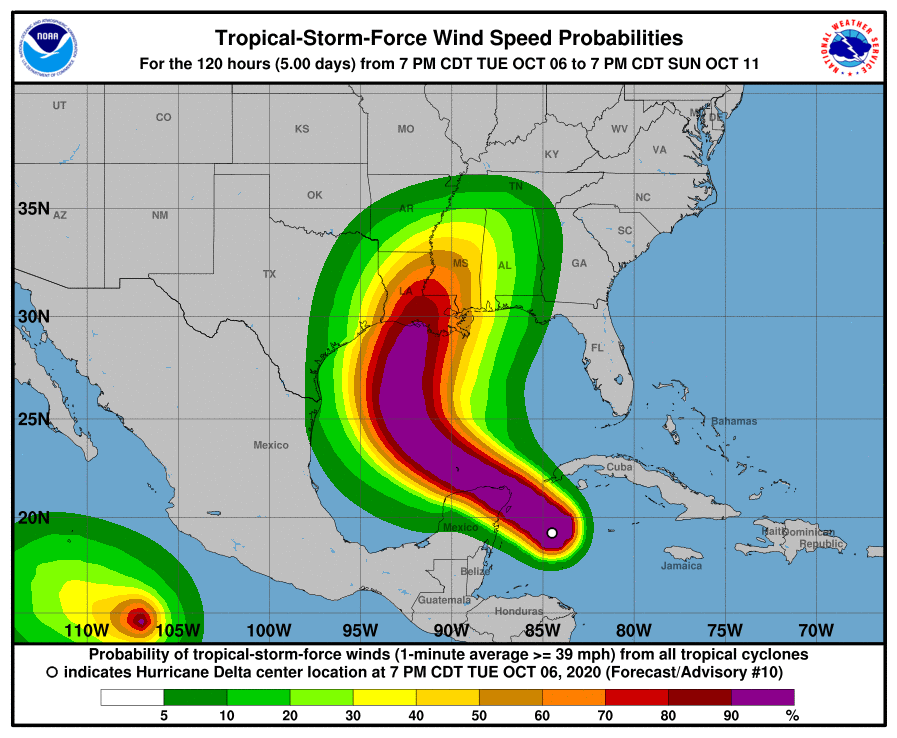 The US National Hurricane Center issued the following key messages:
Life-threatening storm surge and potentially catastrophic wind damage are expected within portions of the northern Yucatan Peninsula of Mexico.
Heavy rainfall will affect portions of the Cayman Islands, western Cuba and the northern Yucatan Peninsula through midweek. This rainfall could lead to significant flash flooding and mudslides. The potential for heavy rain, flash and possible minor river flooding will increase across portions of the central Gulf Coast, Tennessee Valley, and southeastern United States as Delta moves inland later this week.
There is an increasing likelihood of life-threatening storm surge and dangerous hurricane-force winds, especially along the coasts of Louisiana and Mississippi, beginning on Friday.

Delta is now forecast to be the record 10th US land-falling tropical cyclone in a single season (9 in 1916). Areas along the Northern Gulf Coast are at risk for impacts while still dealing with the aftermath of hurricanes Laura and Sally.

The 2020 Atlantic hurricane season has been so active that the regular list of rotating names has been exhausted and the Greek alphabet is being used.