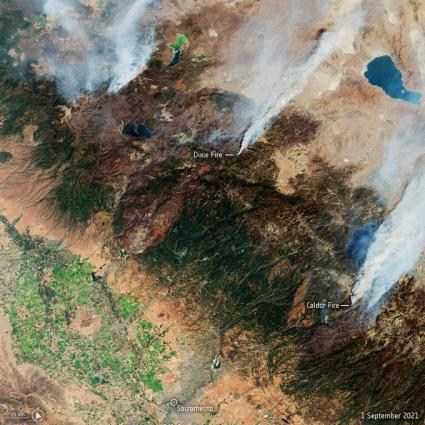 Europe’s Copernicus Atmosphere Monitoring Service (CAMS) has been closely monitoring a summer of extreme wildfires across the Northern Hemisphere, including intense hotspots around the Mediterranean basin and in North America and Siberia. The intense fires led to new records in the CAMS dataset with the months of July and August seeing their highest global carbon emissions respectively.

CAMS reports that not only large parts of the Northern Hemisphere were affected during this year’s boreal fire season, but the number of fires, their persistence and intensity were remarkable.

For example, the wildfires in Sakha Republic in northeastern Siberia have been burning since June and only started receding in late August although some continued in early September. In North America, parts of Canada, the Pacific Northwest and California, which have been experiencing large wildfires since the end of June and beginning of July and are still ongoing, according to the ECMWF Copernicus Atmosphere Monitoring Service.

· Dry conditions and heatwaves in the Mediterranean contributed to a wildfire hotspot with many intense and fast developing fires across the region, which created large amounts of smoke pollution.

· July was a record month globally in the GFAS dataset with 1258.8 megatonnes of CO2 released. More than half of the carbon dioxide was attributed to fires in North America and Siberia.

· According to GFAS data, August was a record month for fires as well, releasing an estimated 1384.6 megatonnes of CO2 globally into the atmosphere.

· Arctic wildfires released 66 megatonnes of CO2 between June and August 2021.

· Estimated CO2 emissions from wildfires in Russia as a whole from June to August amounted to 970 megatonnes, with the Sakha Republic and Chukotka accounting for 806 megatonnes.

“It is concerning that drier and hotter regional conditions - brought about by global warming - increase the flammability and fire risk of vegetation. This has led to very intense and fast-developing fires. While the local weather conditions play a role in the actual fire behaviour, climate change is helping provide the ideal environments for wildfires. More fires around the world are anticipated in the coming weeks, too, as the fire season in the Amazon and South America continues to develop,” said Mark Parrington, Senior Scientist and wildfire expert at

The wildfires came as the Northern hemisphere experienced its second warmest summer on record, tied with 2019 and slightly behind summer of 2020.

The Northern Hemisphere land-only summer temperature was the highest on record, besting the now-second highest set in 2016 by 0.20°C (0.36°F), according to the U.S. National Oceanic and Atmospheric Administration.

Scientists at CAMS use satellite observations of active fires in near-real-time to estimate emissions and predict the impact of resulting air pollution. These observations provide a measure of the heat output of fires known as fire radiative power (FRP), which is related to the emission.

CAMS estimates daily global fire emissions with its Global Fire Assimilation System (GFAS) using the FRP observations from the NASA MODIS satellite instruments. The estimated emissions of different atmospheric pollutants are used as a surface boundary condition in the CAMS forecast system, based on the ECMWF weather forecast system, which models the transport and chemistry of atmospheric pollutants, to predict how global air quality will be affected up to five days ahead. 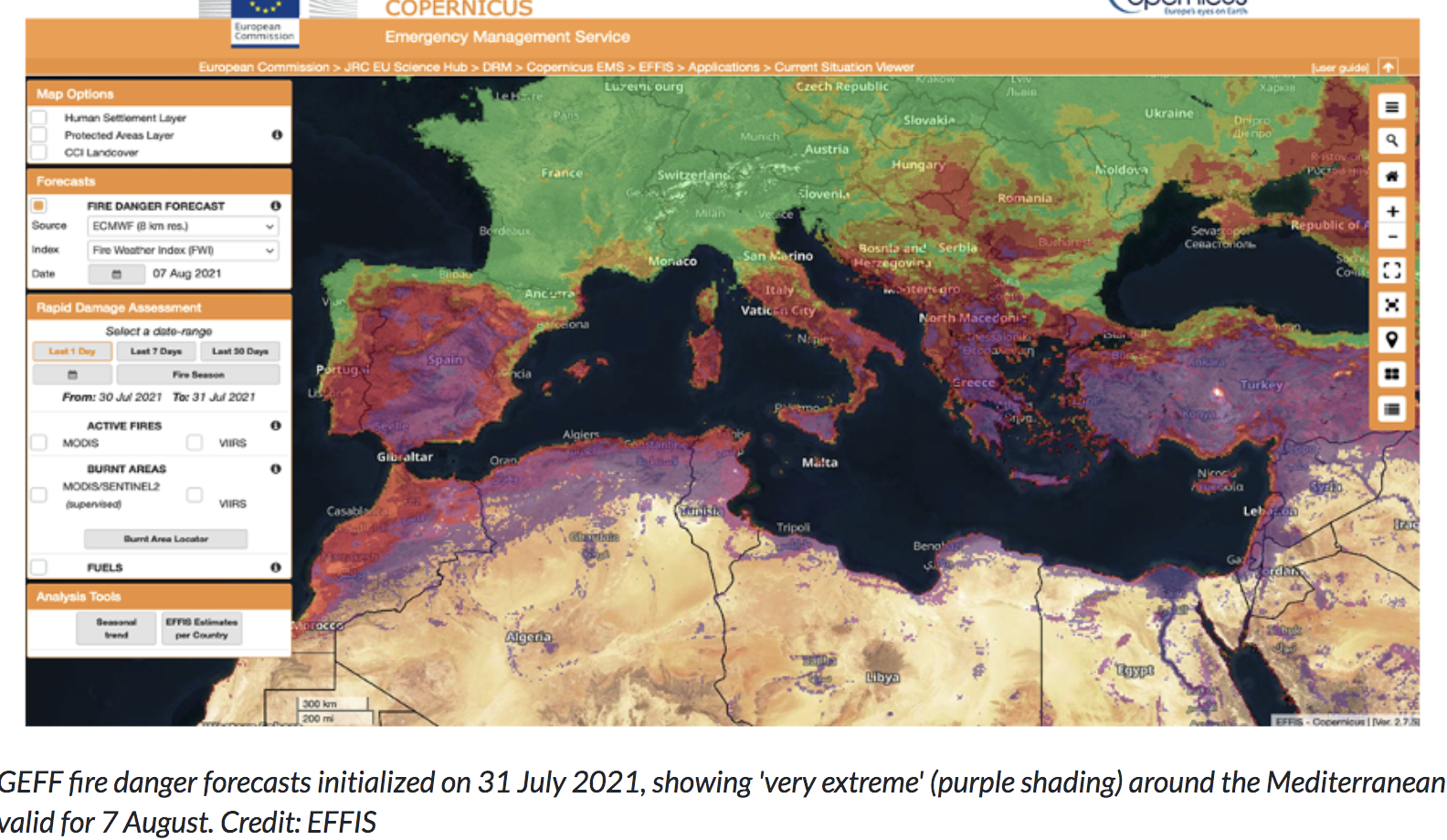 CAMS is implemented by the European Centre for Medium-Range Weather Forecasts on behalf of the European Commission with funding from the EU,

The boreal fire season typically lasts from May to October with peak activity taking place between July and August.

Wildfires have a major impact on air quality around the world.

A new Air Quality and Climate Bulletin published by WMO, with input from CAMS, showed that meteorological extremes fuelled by climate and environmental change triggered unprecedented sand and dust storms and wildfires that affected air quality in 2020 – a trend which continues in 2021.

This partly offset the improvements in air quality as a result of the fall in human-caused emissions of air pollutants fell during the COVID-19 economic turndown.