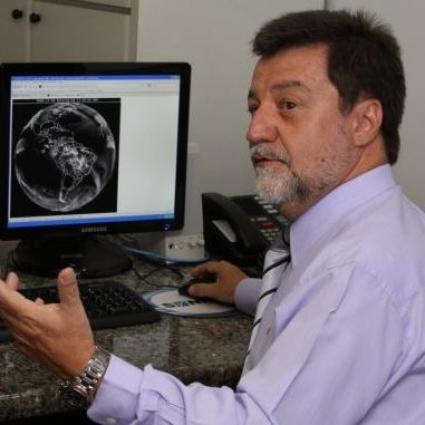 The World Meteorological Organization has named Antonio Divino Moura of Brazil as the winner of its top scientific prize for outstanding work in meteorology and climatology and scientific research.

The IMO Prize is the most important award in meteorology. Established in 1955 and named after the predecessor of the WMO, the International Meteorological Organization (IMO), it is awarded by WMO Executive Council to individuals in recognition of outstanding contributions to the field of meteorology, hydrology, climatology or related fields. Mr Moura will be invited to deliver a scientific lecture and be honoured at an award ceremony during WMO Congress in 2019.

Gordon McBean of Canada, named as IMO prize winner in 2017, was honoured at the IMO award ceremony during the 2018 Executive Council.

Mr Moura is currently head of the Centre for Weather Prediction and Climate Studies, a branch of the Brazilian Space Research Institute. He is a leading expert in climatology, mainly in weather prediction, the El Niño Southern Oscillation and ocean-atmosphere interactions.

From 1996 to 2002 he was the Founding Director-General of the International Research Institute for Climate and Society (IRI) at Colombia University in New York. The mission of IRI is to enhance society’s capability to understand, anticipate and manage the impacts of climate on society.

In the 1980´s he actively participated in the international TOGA (Tropical Oceans and Global Atmosphere) Program, presiding the International TOGA Board (UNESCO, WMO), responsible for the establishment of 67 moored buoy array in the equatorial Pacific, dedicated to monitoring El Niño Southern Oscillation, its modelling and prediction and applications.

He was also involved with the PIRATA (Pilot Research Array in the Tropical Atlantic), a Tropical Atmosphere ocean project in the tropical Atlantic for monitoring of droughts in Northeast Brazil and in some African regions. This multinational project is running for the last 20 years.