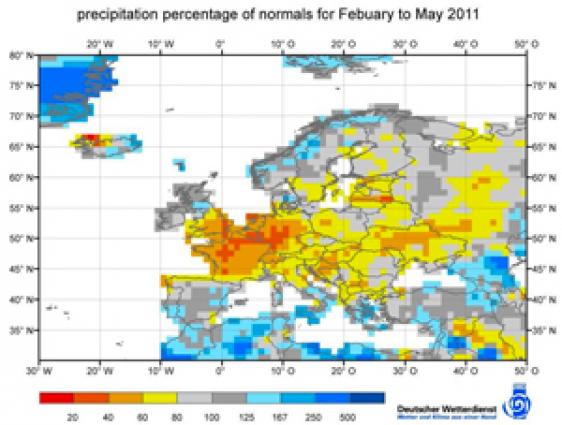 A long-lasting dry period persisted over large parts of Europe from January to May 2011. According to data of the Global Precipitation Climatology Centre (GPCC), especially the months February to May 2011 had a considerable rain deficit over large parts of Europe. The 4-month totals over this period ranged between 40 and 80% of the long-term mean 1951-2000 over large areas, in many parts of western and central Europe even below 40%; the 3-month totals March to May 2011 were even more extreme (see figures under "More"). France, Germany and southeastern UK appeared to be the most affected areas. Similar conditions occurred in 1976 and in the 1990s. >> More