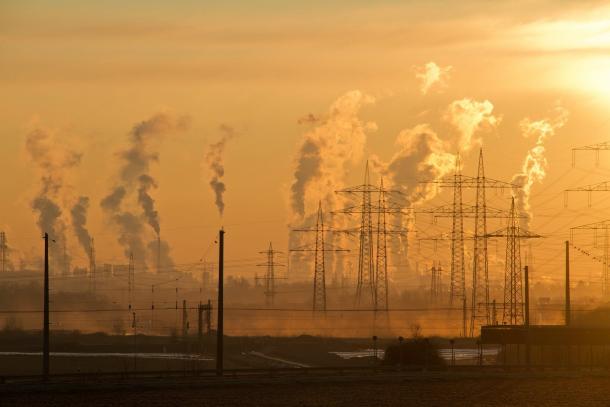 Efforts to control the Coronavirus pandemic have reduced economic activity and contributed to localized improvements in air quality. But it is too early to assess the implications for concentrations of greenhouse gases which are responsible for long-term climate change. Carbon dioxide levels at key observing stations have so far this year been higher than last year.

Any cuts in emissions as a result of the economic crisis triggered by COVID19 are not a substitute for concerted Climate Action, according to the World Meteorological Organization.

“It would be irresponsible to downplay the enormous global health challenges and loss of life as a result of the COVID19 pandemic,” said WMO Secretary-General Petteri Taalas.  “However, now is the time to consider how to use economic stimulus packages to support a long-term switch to more environmentally and climate-friendly business and personal practices.”

“Past experience suggests that emission declines during economic crises are followed by a rapid upsurge. We need to change that trajectory,” he said.

”The world needs to demonstrate the same unity and commitment to climate action and cutting greenhouse gas emissions as to containing the Coronavirus pandemic,”  he said. “Failure in climate change mitigation could lead to greater human life and economic losses during the coming decades,” he said. 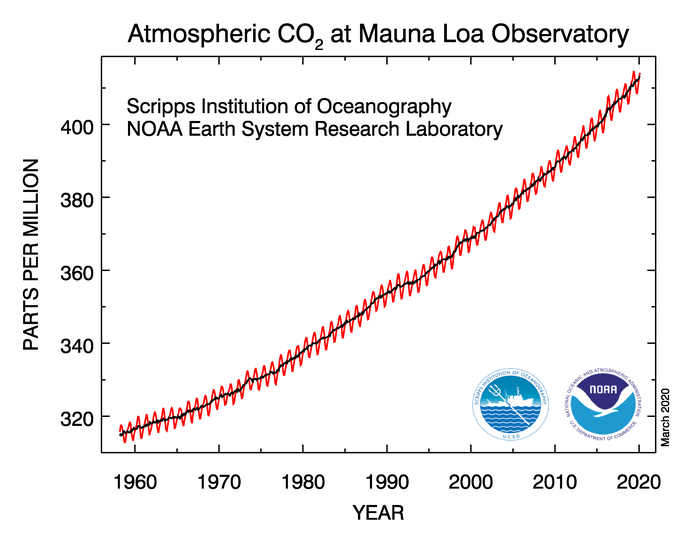 According to an analysis carried out for Carbon Brief, the  lockdown and reduction in economic activity in China led to an estimated 25% reduction in CO2 emissions over four weeks.

Carbon dioxide remains in the atmosphere and oceans for centuries. This means that the world is committed to continued climate change regardless of any temporary fall in emissions due to the Coronavirus epidemic.

This natural effect is much larger in magnitude than the emission reductions related to the recent economic slowdown. It is thus too early to draw firm conclusions on the significance of this economic slowdown on atmospheric greenhouse gas concentrations. The 2008-2009 global financial crisis was followed by strong emissions growth in emerging economies, a return to emissions growth in developed economies and an increase in the fossil fuel intensity of the world economy, according to a study in Nature Climate Change.

Observations from NASA and the EU's Copernicus Atmospheric Monitoring Service (CAMS) have shown that nitrogen dioxide (NO2) levels were significantly reduced during the lockdown in China. In Italy, a gradual reduction trend of about 10% per week over the last four to five weeks was reported by CAMS. It should be noted that a decrease in NO2 is typically observed every spring in northern Italy because of a reduction in emissions from domestic heating and because of meteorological conditions.

Nitrogen dioxide is very weather dependent and there is great variability because of wind direction and speed. It is a gaseous air pollutant formed when fossil fuels are burned at high temperatures, is harmful for human health and a precursor for near-surface ozone which has adverse effects on human health, ecosystems and is also a short-lived climate forcer. NO2 stays in the atmosphere generally less than a day before being deposited or reacting with other gases in the atmosphere.

Surface ozone measurements at the Global Atmosphere Watch station of Monte Cimone, which dominates the Po Valley in northern Italy, show a decrease in March 2020, according to raw data. It is too early to draw firm conclusions on the significance of this for greenhouse gas concentrations, according to Italy’s Consiglio Nazionale delle Recerche and the Institute of Atmospheric and Climatic Sciences.

Concentration of Particulate matter is also reduced. PM2.5 is one of the most important air pollutants regarding health impacts according to the World Health Organization.