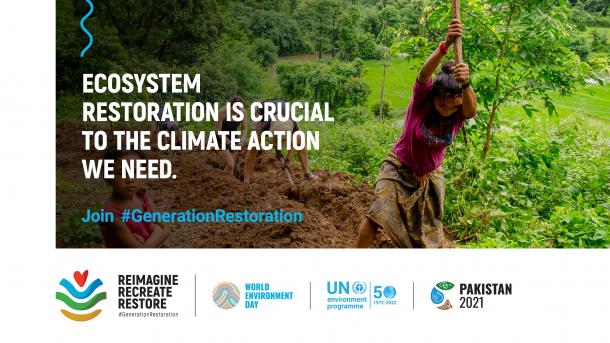 Facing the triple threat of climate change, loss of nature and pollution, the world must deliver on its commitment to restore at least one billion degraded hectares of land in the next decade – an area about the size of China. Countries also need to add similar commitments for oceans, according to a new report by the UN Environment Programme (UNEP) and the Food and Agriculture Organization of the UN (FAO).

The report, Becoming #GenerationRestoration: Ecosystem Restoration for People, Nature and Climate, highlights that humanity is using about 1.6 times the amount of services that nature can provide sustainably.

“This report presents the case for why we must all throw our weight behind a global restoration effort. Drawing on the latest scientific evidence, it sets out the crucial role played by ecosystems, from forests and farmland to rivers and oceans, and it charts the losses that result from a poor stewardship of the planet,” UNEP Executive Director, Inger Andersen, and FAO Director-General, QU Dongyu, wrote in the report’s foreword.

“Degradation is already affecting the well-being of an estimated 3.2 billion people – that is 40 percent of the world’s population. Every single year we lose ecosystem services worth more than 10 percent of our global economic output,” they added, stressing that “massive gains await us” by reversing these trends.

The report was issued for World Environment Day on 5 June and the launch of the UN Decade on Ecosystem Restoration 2021-2030.

Actions that prevent, halt and reverse degradation are necessary to meet the Paris Agreement target of keeping global temperature rise well below 2 degrees Celsius, according to the report.

WMO’s annual reports on the State of the Global Climate have persistently highlighted the impact of climate change on land and marine ecosystems. 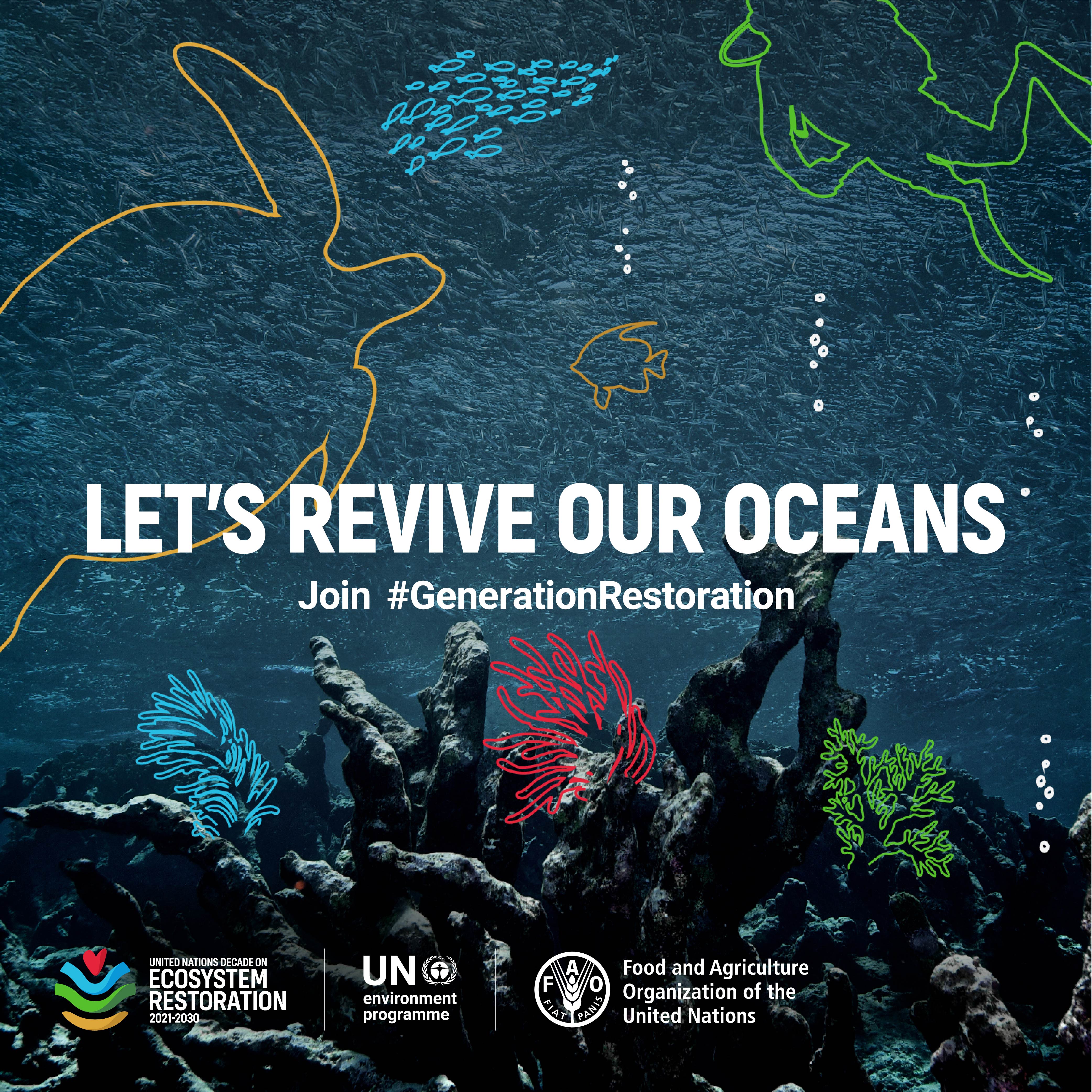 The ocean absorbs around 23% of the annual emissions of anthropogenic CO2 into the atmosphere, thereby helping to alleviate the impacts of climate change. However, the CO2 reacts with seawater, lowering its pH. This process, known as ocean acidification, affects many organisms and ecosystem services, threatening food security by endangering fisheries and aquaculture. This is particularly a problem in the polar oceans.

Ocean acidification and marine heatwaves also weakening coral reefs, which shield coastlines and are vital marine ecosystems. In the last 30 years we have lost between 25 to 50 per cent of the world’s live coral, and it is predicted that by mid-century we could lose functional coral reef ecosystems around most of the world, according to the UNEP/FAO report.

In the last 100 years, half of the world’s wetlands have been degraded or drained. Peatlands only cover 3 per cent of the Earth but hold 30 per cent of all soil carbon. Restoring them by preventing their drainage and re-wetting degraded peatlands can be a significant step in climate mitigation.

Restoration, if combined with stopping further conversion of natural ecosystems, may help avoid 60 percent of expected biodiversity extinctions. It can be highly efficient in producing multiple economic, social and ecological benefits concurrently – for example, agroforestry alone has the potential to increase food security for 1.3 billion people, while investments in agriculture, mangrove protection and water management will help adapt to climate change, with benefits around four times the original investment.