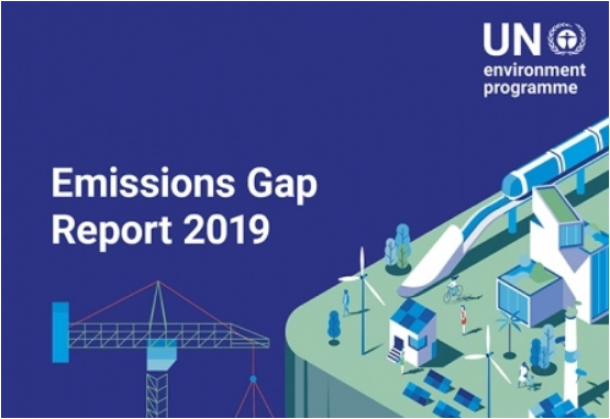 A new UN Environment Programme (UNEP) report warns that unless global greenhouse gas emissions fall by 7.6 per cent each year between 2020 and 2030, the world will miss the opportunity to get on track towards the 1.5°C temperature goal of the Paris Agreement.

UNEP’s annual Emissions Gap Report says that even if all current unconditional commitments under the Paris Agreement are implemented, temperatures are expected to rise by 3.2°C, bringing even wider-ranging and more destructive climate impacts. Collective ambition must increase more than fivefold over current levels to deliver the cuts needed over the next decade for the 1.5°C goal.

"For ten years, the Emissions Gap Report has been sounding the alarm – and for ten years, the world has only increased its emissions,” said UN Secretary-General António Guterres. “There has never been a more important time to listen to the science. Failure to heed these warnings and take drastic action to reverse emissions means we will continue to witness deadly and catastrophic heatwaves, storms and pollution.”

The Intergovernmental Panel on Climate Change (IPCC) has warned that going beyond 1.5°C will increase the frequency and intensity of climate impacts.

“Our collective failure to act early and hard on climate change means we now must deliver deep cuts to emissions – over 7 per cent each year, if we break it down evenly over the next decade,” said Inger Andersen, UNEP’s Executive Director. “This shows that countries simply cannot wait until the end of 2020, when new climate commitments are due, to step up action. They – and every city, region, business and individual – need to act now.”

The Emissions Gap report assesses the latest scientific studies on current and estimated future greenhouse gas emissions; they compare these with the emission levels permissible for the world to progress on a least-cost pathway to achieve the goals of the Paris Agreement. This difference between “where we are likely to be and where we need to be” is known as the emissions gap.

It complements WMO’s Greenhouse Gas Bulletin, which was launched on 25 November. WMO Secretary-General Petteri Taalas addressed press conferences on both reports to highlight the urgency of climate action.

Both reports will inform negotiations at the U.N. Climate Change negotiations which take place in Madrid from 2 to 13 December.