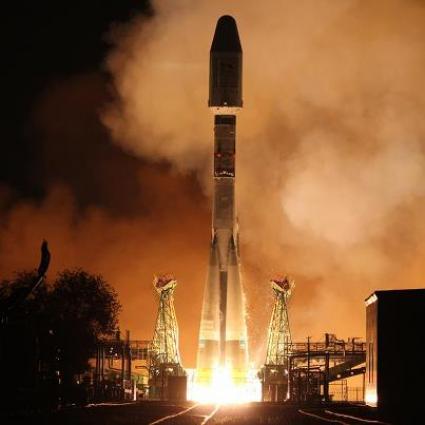 The Metop-B satellite was successfully launched from the Baikonur Cosmodrome in Kazakhstan on a Soyuz 2.1a rocket on 17 September 2012.

Metop-B’s role is to ensure continuity of observations from polar orbit which are vital to Numerical Weather Prediction– the basis of modern weather forecasting - as well as climate and environmental monitoring. This service is currently provided by the first satellite in the series, Metop- A (launched 19 October 2006), which has exceeded its nominal lifetime.

Alain Ratier, EUMETSAT’s Director-General, said, “Metop data significantly improve weather forecasts up to 10 days ahead. Through these forecasts, they help protect life and property, and also benefit the weather-sensitive sectors of our economy, especially energy, transportation, construction, agriculture and tourism”. The value of Metop data for weather forecasting is illustrated by recent studies of the impact of various data sources (in situ, airborne and space-based) on the performance of 24-hour forecasts, in which Metop-A accounts for the highest level of contribution at 25%. Focusing on the contribution of data from individual satellites, Metop-A’s contribution is nearly 40%, which is more than double the contribution of a polar orbiting satellite of the previous generation.

The polar orbiting Metop satellites together with the geostationary Meteosats form the two pillars of Europe’s system of operational meteorological satellites.