EUROCLIMA+ boosts risk management of droughts and floods in the Andes 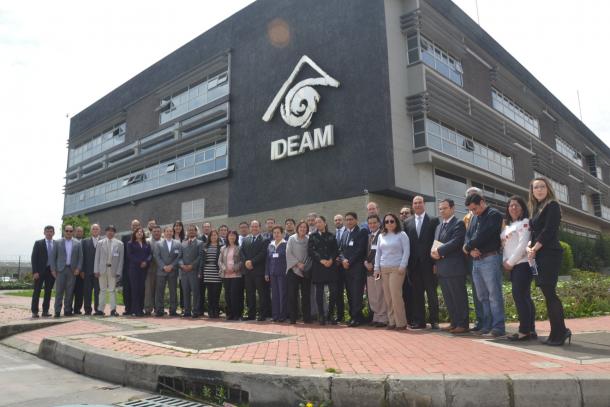 EUROCLIMA+ boosts risk management of droughts and floods in the Andes

A new project called EUROCLIMA+ droughts and flooding in the Andes has been launched.

From 22 to 26 April, the Institute for Hydrology, Meteorology and Environmental Studies (IDEAM) Colombia hosted the regional workshop, with participation from National Meteorological and Hydrological Services from Bolivia, Chile, Colombia, Ecuador, Peru and Venezuela along with 19 other institutions from western South America.

Participants of the EUROCLIMA workshop were briefed on WMO drought activities.  Robert Stefanski, Chief of the Agricultural Meteorology Division, made a video presentation on the Integrated Drought Management Programme (IDMP).  He provided an overview of long standing collaboration on drought with other UN agencies. IDMP is co-sponsored by WMO and the Global Water Partnership (GWP) along with 35 partners organizations and has created a Drought Management  Helpdesk to assist Members. IDMP has developed the three pillars of Drought Management which are needed to develop successful national drought policies. Mr Stefanski provided an overview of the South American Drought Information System (SISSA-Sistema de Información sobreSequías para América del Sur).

The kick off meeting also had video messages from directors of the participating NMHSs, AEMET in Spain, the Director of the UN Office for Disaster Risk Reduction Regional Office for the Americas; and the UN Framework Convention on Climate Change.