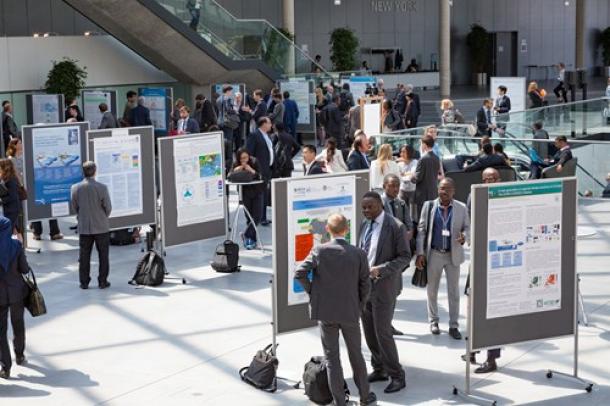 WMO and WCRP participate in UNFCCC Research Dialogue in Bonn

Senior representatives of the World Meteorological Organization and World Climate Research Programme joined scientists meeting at the UN Climate Change Conference in Bonn in warning of accelerating global climate impacts and called for more and better regional observation to help local populations build resilience to climate change with the help of more precise forecasts and modeling.

This is particularly important given the fact that the current global average temperature is affecting different regions in different ways. While global climate models provide important projections, they generally cover vast regions encompassing different landscapes, each with varying potential for floods, droughts, and other extreme events.

In Bonn, the Arctic Council reported that the Arctic has been warming twice as fast as the rest of the planet. And other experts said that for Africa, with several regions already facing severe droughts, more extreme dryness is projected. However climate impacts in Africa will vary - for example, the Horn of Africa could see increased rainfall by the end of the century. Because of this, it is crucial for individual countries and the international community to build capacity to better and understand and prepare for the changes to come.

And given that differences in regional climate projections are so large, it is essential to update adaptation and disaster risk policies according to regional hazard scenarios. Impacts of Climate Change on the Arctic

Experts of the Arctic Council noted in Bonn that:

Impacts of Climate Change on Africa

Africa, one of the warmest land masses on Earth, is also seeing warming higher than the global average. The following findings were presented in Bonn: Images: Karlsruhe Institute of Technology and African Centre for Meteorological Applications for Development

Participants of the Science Dialogue at the UN Climate Change Conference in Bonn agreed to continue to develop regionally focused activities and to advance and coordinate the science and application of regional climate modeling through global partnerships. Delegates at a poster exhibit to coincide with the research dialogue

For more information about the Research Dialogue in Bonn, and to see all the presentations, see here